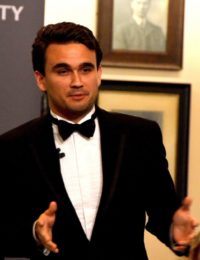 Robert Works is a Democracy and Governance Officer working in USAID’s Center of Excellence on Democracy, Human Rights, and Governance.  Robert has worked in democracy and governance issues since 2010.  He first started tackling these issues from an academic perspective after having won a Rotary Ambassadorial Scholarship to fund his research and coursework on U.S.-Mexico relations at El Colegio de México in Mexico City.  From here, he was awarded a U.S. Fulbright Research Grant to explore the continuities and departures in U.S.–Colombia relations since the 1980s at the Universidad de los Andes in Bogotá, Colombia. These two experiences would later lead to his past role working on a USAID-funded activity partnering with the Colombian government to expand its state presence in areas long influenced by illegal armed groups.  During this time, he became interested in the larger development context, particularly how governance programming complements other strategic objectives, like rural economic development.   He also became interested in the role of USAID in advancing broader U.S. interests and decided to apply for USAID’s Foreign Service.

Robert completed his Master of Philosophy (M.Phil.) in Latin American Studies at the University of Cambridge, where he received instruction from Emeritus Reader and Professor Charles Jones and Pembroke College Fellow Michael Jorge Kuczynski.  He is a member of St. John’s College, Cambridge, and holds a B.A. in Political Science and Spanish from the University of Louisville, where he was scholarship recipient of the McConnell Scholars Program, named after U.S. Senator Mitch McConnell.