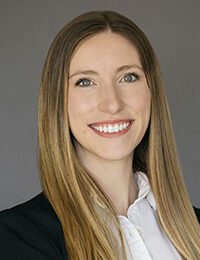 Sasha Stone is a Senior Program Officer of the Democratic Resilience program at the Center for European Policy Analysis (CEPA) leading the team’s work on Russia. Her research interests include US policy toward Russia, cyber/emerging technology, and disinformation. Her work has been featured in the Washington Post and CEPA’s online journals, Europe’s Edge and Bandwidth. Before coming to CEPA, Sasha worked on the Senate Foreign Relations Committee, the US Embassy in Bogotá, and the Department of State’s Office of Policy Planning and Coordination. Previously, Sasha worked in legislative and grassroots advocacy at The Hub Project where she launched a new organization to hold social media companies accountable for their role in spreading disinformation and managed a campaign to uphold the Russia investigations. She has also worked in political strategy consulting and the 2016 presidential campaign. Sasha received her master’s degree in American foreign policy and international economics at the Johns Hopkins University School of Advanced International Studies. She received her bachelor’s degree in political science and psychology from the University of Wisconsin-Madison and spent a year studying European history at the Universidad Complutense in Madrid, Spain. She speaks Russian, Spanish, and French.