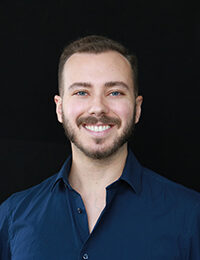 Travis Benaiges is the Venezuela Program Lead at the U.S. Department of State’s Bureau of Democracy, Human Rights and Labor (DRL).  He also manages DRL programs to support independent media and promote secure and resilient information ecosystems in Latin America and the Caribbean.  Prior to this role, he served as a Program Officer on the Global Equality Fund, a public-private partnership managed by DRL to advance the human rights of LGBTI persons globally by harnessing the resources, leadership and expertise of dozens of governments, global corporations and foundations.  Previously he supported environmental cooperation programs implemented through U.S. free trade agreements while he served at the U.S. Department of State’s Bureau of Oceans, International Environmental and Scientific Affairs (OES).  He also supported research efforts on regulatory coherence at the Office of the U.S. Trade Representative during the negotiations period of the then Trans-Atlantic Trade and Investment Partnership.  Travis graduated from The University of Chicago with a Bachelor’s degree in Political Science specialized in International Relations and Human Rights.  He is originally from Miami, Florida and is a native Spanish speaker.