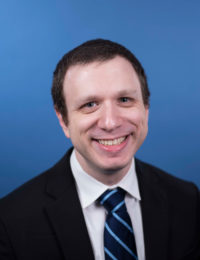 Tzvi Kahn is a senior Iran analyst at the Foundation for Defense of Democracies. He previously worked as a senior policy analyst at the Foreign Policy Initiative, where he published extensively on Iran’s nuclear program and regional ambitions. He also served as assistant director for policy and government affairs at the American Israel Public Affairs Committee (AIPAC). Tzvi routinely offers commentary about Iran on television and radio. In 2016, he testified before Congress about the Iran nuclear deal. Tzvi’s work has appeared in Foreign Affairs, The American Interest, World Affairs, The Hill, Politico, U.S. News & World Report, The Cipher Brief, National Review, The Weekly Standard, The New York Post, and Middle East Quarterly, among other publications. He holds an MA in Middle East studies from The George Washington University’s Elliott School of International Affairs and a BA in English and in classical languages from Yeshiva University.