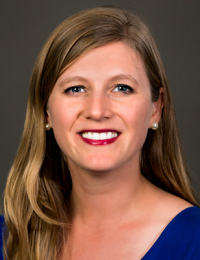 Varina Winder is the Senior Advisor in the Secretary’s Office of Global Women’s Issues (S/GWI) at the Department of State, where she leads policy development, interagency coordination, and strategic operations. Until February, she served as Senior Manager for Global Partnerships and Strategic Engagement at Family Planning 2020, a partnership housed at the United Nations Foundation, which aims to expand access to family planning information, services, and supplies to an additional 120 million women and girls. She was previously its Chief of Staff. She rejoins government having served previously as Senior Policy Advisor in S/GWI, where she advised on gender-based violence, women’s and girls’ health, and multilateral affairs. She has also worked in the office of the Deputy Secretary for Management and Resources, at the U.S. Embassy in Bogota, and on the Bureau of Population, Refugees, and Migration’s Gender and Youth team. She began her career as a policy analyst for the Alliance for Children and Families and as legislative aide to her hometown Congressman. Varina holds a Master’s degree in Public Policy from the Harvard Kennedy School of Government and Bachelors’ degrees in English and Spanish from Georgetown University. She speaks fluent Spanish and lives in Washington, DC with her husband and two children.