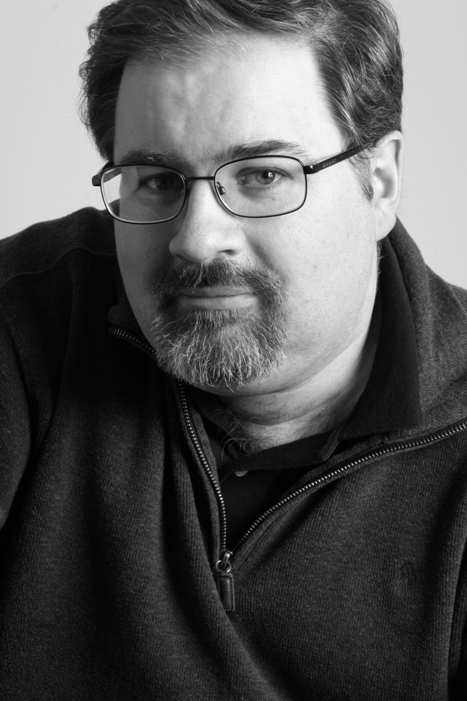 Drew Sullivan is the editor and co-founder of the Organized Crime and Corruption Reporting Project (OCCRP) and served as the first director. He founded the Journalism Development Network, an innovative media development organization with programs worldwide. He has served on the board of directors of Investigative Reporters and Editors and the National Institute for Computer Assisted Reporting. Before becoming a journalist, he was an aerospace engineer on the Space Shuttle Project for Rockwell International Space Systems. He worked on stories with OCCRP that have been awarded the Daniel Pearl Award, the Online Journalism Award for investigative reporting, the Global Shining Light Award for reporting under duress, the Tom Renner award for Crime Reporting and many other international awards.

With the COVID-19 pandemic sweeping the globe, the vital role of independent media and networked journalism in exposing transnational keptocracy is under threat. With attention trained on the pandemic, authoritarian governments are able to use this time to pass laws restricting freedom of information and freedom of assembly, as well as measures that further curtail the ability of media to function as watchdogs. The impact of the pandemic on the global economy, while not yet clear, can potentially provide kleptocrats increased opportunity to steal, as large amounts of international aid are awarded to fight COVID-19. As democracies and private donors struggle to recover from the financial hit of the pandemic, in the coming period support for independent media may weaken, exacerbating an already difficult situation.

Melissa Aten of the International Forum for Democratic Studies spoke with Drew Sullivan about how COVID-19 will affect networked journalism and its ability to cover transnational kleptocracy. (This interview has been condensed and edited for clarity. The views and opinions expressed here do not necessarily reflect those of the National Endowment for Democracy.)

Melissa Aten: We are in the early days of the COVID-19 pandemic. OCCRP is tracking how the impact and knock on effects of the virus will facilitate corruption and corrupt actors around the world. What are you seeing in this initial phase?

Drew Sullivan: We are seeing that governments are immediately using the pandemic to pass a series of laws that look rather unnecessary. We are seeing things such as restrictions on press, especially on what they write. They have propagated laws saying that “fake news” will be punished and yet they do not adequately describe fake news. We’ve seen laws passed that will give them emergency powers that are questionable, such as restrictions on the ability to criticize the government and on the ability to act in opposition to things. An immediate response by many governments, especially in Eastern Europe, is to exercise control and authority and they are doing it in all the most dangerous areas. There is evidence that governments are restricting movements in a way that is not necessary.

However, they are doing the exact opposite. The concern is at the simplest level, they are trying to restrict people from looking at how they are handling the virus. How the government handles the virus is critical to its ability to stay in power. By restricting that information, the government is denying voters the right to know how the government performed in the crisis. In the longer term, this could be far more nefarious, and could lead to problems.

We are expecting there is going to be a lot of money distributed in public health, but also restarting economies. That is where we expect a lot of corruption. There’s already evidence that governments are talking about bypassing tenders and other public procurement laws so they can speed up the process. But you can speed things up and still have a transparent procurement. We can expect that governments are going to release large amounts of money and a larger percentage will be stolen than usual in these types of systems.

We’ve seen how politically exposed persons (PEPs) and oligarchs in kleptocracies are damaging the public health situation. There are indications of PEPs or oligarchs bypassing quarantine or border restrictions to enter a country and then infecting large numbers of people. In another case, an oligarch used their status to get checked into a hospital that was not treating COVID-19 cases and potentially infecting many of the healthcare workers. These people are punished less or not at all at the same time their governments are sentencing kids for bypassing curfews. When money and power can bypass good public health policy, it’s a big problem.

We’re also aware of oligarchs getting special treatment in hospitals, taking up more staff and equipment than others. Some have bought their own respirators or made deals with hospitals so they get their own respirator when they need it. While unfair, it can lead to a further expectation that the state’s purpose is serving those with wealth and political influence, and what was a nominally fair system in some countries is being undermined.

Aten: I don’t know if you saw both that Equatorial Guinea and Kazakhstan, countries that are notoriously corrupt, have asked citizens to donate towards public health funds.

Sullivan: Kazakhstan has huge oil revenues that they collected over the years. There is no reason that they should ask people to give contributions toward this basic function of government. For governments essentially to put responsibility on the public is ridiculous.

Places like Russia are hiding the fact that they have more severe problems than they acknowledge, refusing to give legitimate statistics on what’s going on in hospitals. It just makes the situation worse. You can expect far more deaths than were necessary, just because governments shifted blame or somehow acted not in the best method scientifically.

Aten: To bring this back to kleptocracy, what developments do you anticipate as the crisis deepens and how do you think that this pandemic will actually change trends in transnational kleptocracy?

When the leaders fail and large numbers of people die because governments are corrupt and incompetent, they’re going to start finding scapegoats and use the pandemic as an excuse to attack opposition parties and minority groups. That’s when it could get quite dangerous. I think many countries are going to find that they mishandle this and they’re not going to want to be accountable for their mishandling it. They’re essentially going to find some way out of it.

To have a kleptocracy, you must have already disabled the effectiveness of the media. If you look at how this is playing out in many parts of the world, the only media that is truly effective is television, because people are stuck at home and cannot go out and buy newspapers. Typically, television is controlled in most kleptocracies by governments, and they’re really propagandizing.

Aten: The danger with all this happening in kleptocratic states is that civil society and independent media have been largely muzzled so they can’t serve their basic oversight function. So in places like Equatorial Guinea and Congo-Brazzaville, it is hard to get any sort of information about what is going on with the virus.

Sullivan: To have a kleptocracy, you must have already disabled the effectiveness of the media. If you look at how this is playing out in many parts of the world, the only media that is truly effective is television, because people are stuck at home and cannot go out and buy newspapers. Typically, television is controlled in most kleptocracies by governments, and they’re really propagandizing. Consequently, you’re going to see that play out and people are not going to get much of an alternative view of history.

There is some online media, where many of the investigative reporting organizations are located. It is hopeful that those organizations can still get information out. However, with the absence of information from governments, with the complexity of the medical science behind all this and the lack of ability to move around the country, it is going to make it difficult for online media to get the true story right away. The various laws being propagated to stop fake news, which may stay on the books [after the pandemic], may be used to pummel the media when they do start to identify the failures of the government.

Kleptocracies are fundamentally designed around propaganda by controlling the narrative. This global pandemic is going to worsen that situation. It’s going to encourage governments to invest more strongly in their propaganda arms. They are going to invest more in controlling opposition groups and media, which is essentially going to strengthen a lot of them at a time when they are failing their citizens. Now, that may not be the case in all countries. There may be a backlash in places like Russia where there are enough people saying the government needs to be doing something about the pandemic.

In some senses, the pandemic may strengthen many kleptocracies, and it may cause a future fall, but probably in the end will leave these states in a situation where they understand that they must go into full propaganda mode and control the whole narrative.

Aten: Networked media outlets like OCCRP and the International Consortium of Investigative Journalists (ICIJ) have proven to be one of the best ways to expose transnational kleptocracy. How will the pandemic affect your work and the work of your smaller partners?

Sullivan: The pandemic is very problematic for reporters because we have to go out and talk to the people. It is difficult to move around; it has essentially stopped all of our documentary-making because we need the video. We try to work around this and many of the other issues. We are document-oriented, and we are still getting leaks from people sending us stuff, even with governments curtailing freedom of information requests because they claim they can no longer handle them because employees are not at work.

When life and death are on the line, when people see those around them dying and they know the government is wrong, they tend to be more willing to be whistleblowers. We are seeing a lot more whistleblowers than we would maybe at other times, and that is good. The fact that people are working from home may mean they feel more free to talk and provide information, which is positive. But some of these stories really do need documentation to prove them. That’s more difficult now than ever, and that’s our limitation.

FOR MORE FROM THE FORUM ON THIS TOPIC, SEE:

“To Catch a Kleptocrat: Lessons Learned from the Biens Mal Acquis Trials in France,” a working paper by Tutu Alicante.

“Democratic Activism and the Struggle Against Modern Kleptocracy,” a Power 3.0 blog post by Dave Peterson.

“Countering Transnational Kleptocracy: How Democracies Can Lead the Way,” a Power 3.0 blog post by Nate Sibley.

“The Rise of Transnational Kleptocracy,” a Power 3.0 blog post by Melissa Aten.

View
How the Way We Think Drives Disinformation: An International Forum Working Paper

The topic of a new book published by the Center for...

Beyond Successful Elections: An...