How is the rise of populism changing Europe’s political dynamics? What lies ahead after the fall of Sudan’s longtime dictator? Do recent elections in Southeast Asia point to a consolidation of illiberal rule? 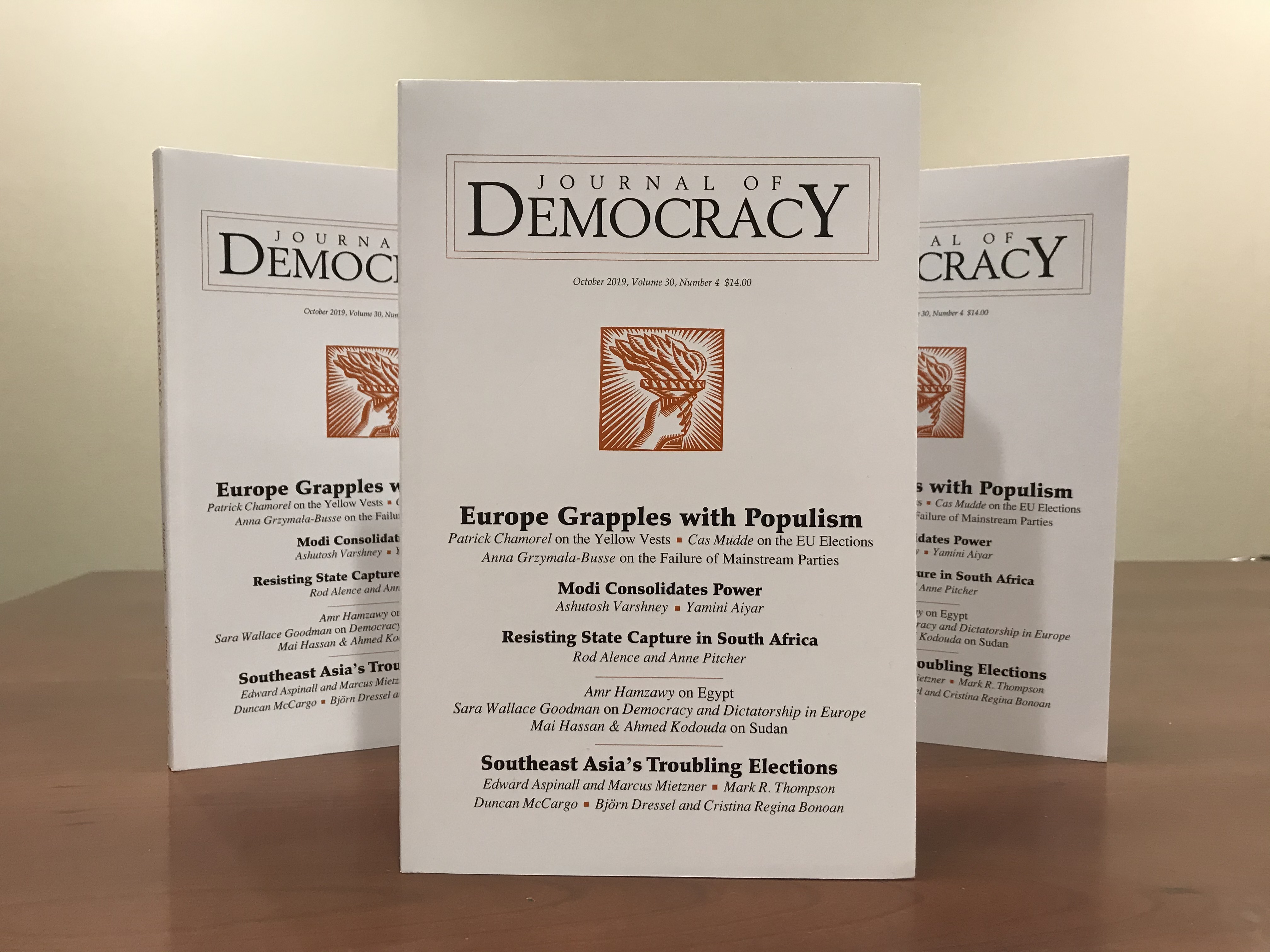 A cluster of four articles on recent elections in Southeast Asia considers whether authoritarian and illiberal forces are strengthening their hold in the region:

A second cluster examines how, as Europe grapples with populism, the deeper dynamics of national and EU politics are changing:

Plus: How has India’s Bharatiya Janata Party (BJP) been able to increase its parliamentary majority and reshape the political scene?

The Big Question: How Can the International...

Against the backdrop of Russia's war in Ukraine, we...

In the January 2018 issue of the Journal of Democracy,...