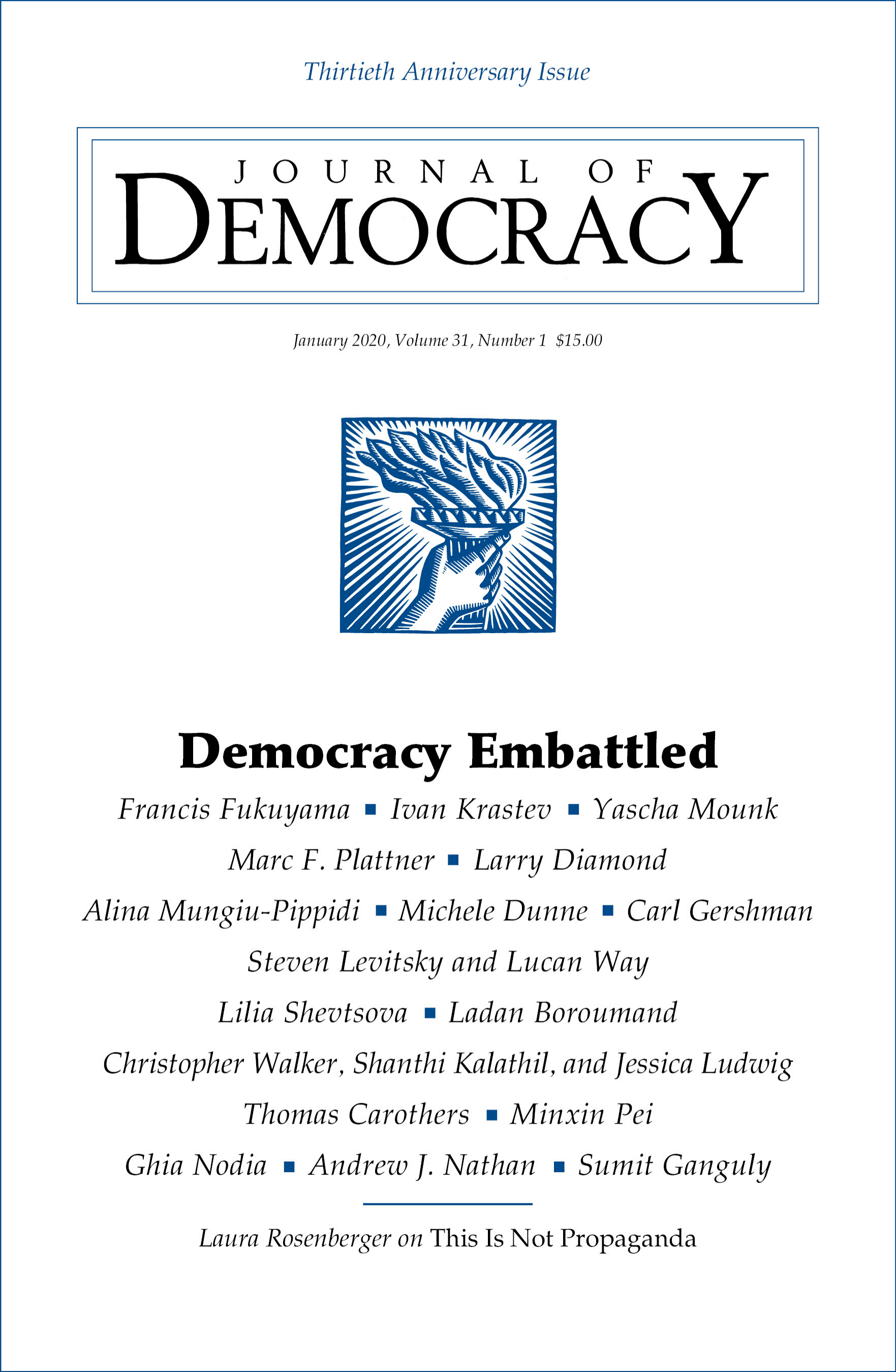 Since 2006, democracy in the world has been trending downward. A number of liberal democracies are becoming less liberal, and authoritarian regimes are developing more repressive tendencies. Democracies are dying at the hands of elected authoritarian populists who neuter or take over the institutions meant to constrain them. Changes in the international environment, as well as technological developments and growing inequality, have contributed to this democratic slump. Yet mass prodemocracy protests in authoritarian and semiauthoritarian settings, from Armenia to Hong Kong to Sudan, underscore democracy’s continuing appeal. Moreover, authoritarian populism has an Achilles’ heel in the form of unchecked leaders’ tendency to sink into venality, cronyism, and misrule. There is still an opportunity to renew democratic progress, but a return to first principles and renewed efforts on the part of the advanced democracies will be needed.

‘Coups’ of the officially declared sort are not generally how democracy dies these days. Rather, death occurs step by step, through the steady degradation of political pluralism, civil liberties, and the rule of law, until the Rubicon has been crossed as if in a fog, without our knowing the precise moment when it happened.

This special edition of the Pandemic...