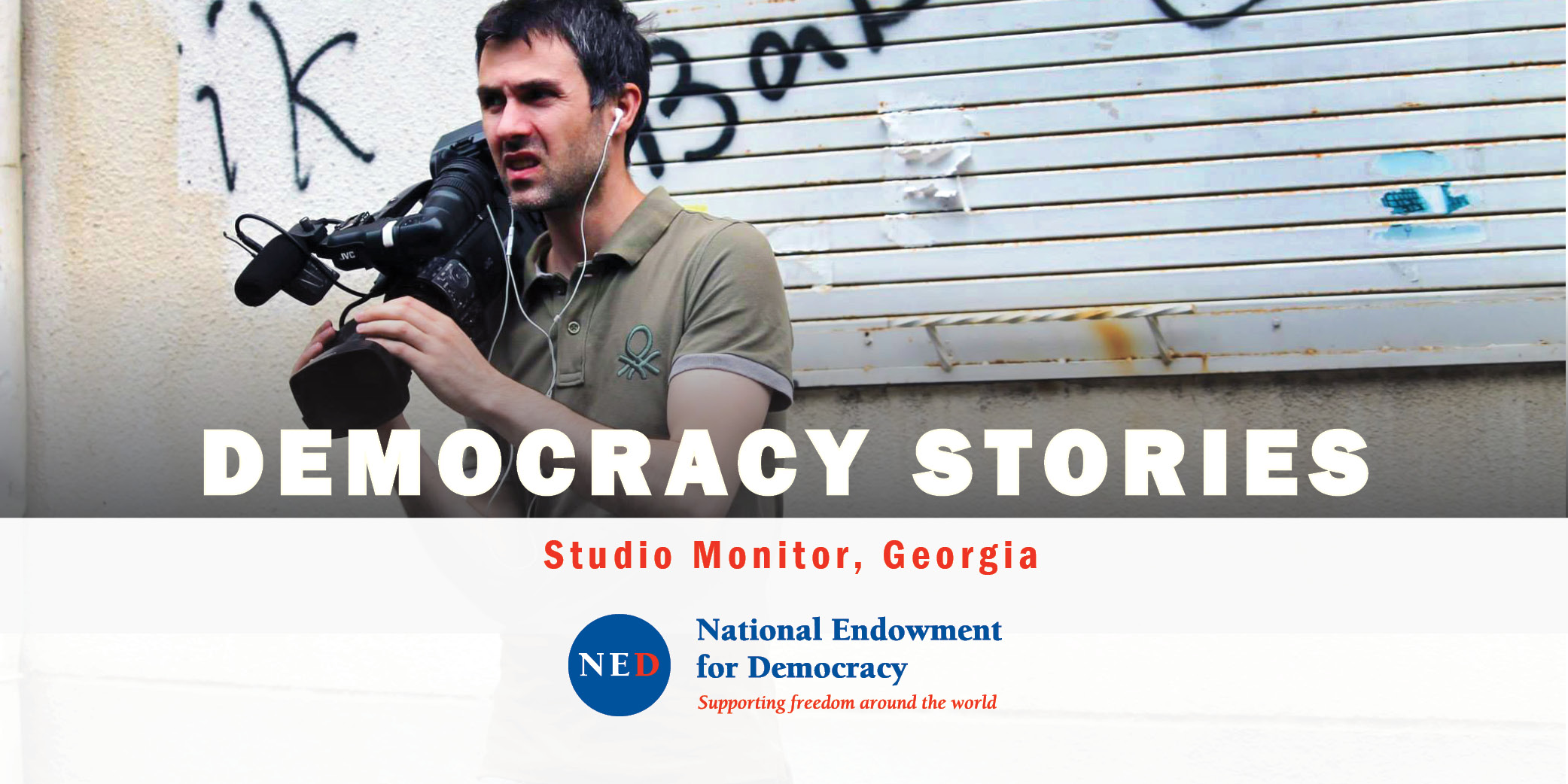 Studio Monitor produces investigative documentaries on a range of topics seldom covered by the Georgian media, including government accountability, the judiciary, the business sector, and human rights. Studio Monitor’s objective and hard-hitting investigations have demonstrably contributed to the advancement of democracy within Georgia.

Studio Monitor journalists turned heads when they produced a documentary exposing a plot in which several prosecutors and judges collaborated on 11 court cases to ensure a victory for the prosecution each time. The screening of this documentary prompted angry Georgian citizens to demand that the government under the Georgian Dream coalition – which came to power in 2012 with the promise of reform – adhere to its campaign pledges and root out corruption.

In another recent investigation, journalists examined the consequences of a 2005 law that repealed monopoly regulations. The repeal was followed by the emergence of a range of new monopolies – several of which were closely tied to Georgian government ministers. The findings of this documentary investigation were utilized by civil society to advocate for improvements in the law which were enacted in March 2014.

Studio Monitor’s documentaries are broadcast by Maestro television company, a cable channel with a national audience; to extend their reach, Studio Monitor also posts its stories on Maestro’s website, as well as on its YouTube page and its own website. The documentaries are available in print and online via Liberali Magazine, a weekly magazine and another NED grantee.

The organization’s reporting – which is detailed, comprehensive, and independent – provides a balanced and objective voice in Georgia’s highly-polarized media sector, and in the process strengthens freedom of speech and editorial independence of the Georgian media. NED is proud to stand with Studio Monitor in its work.

Working to End Torture in Liberia

This citizen organization was formed to protect the...

A New Chance for Georgian Democracy

The experts on this panel examined the key issues...