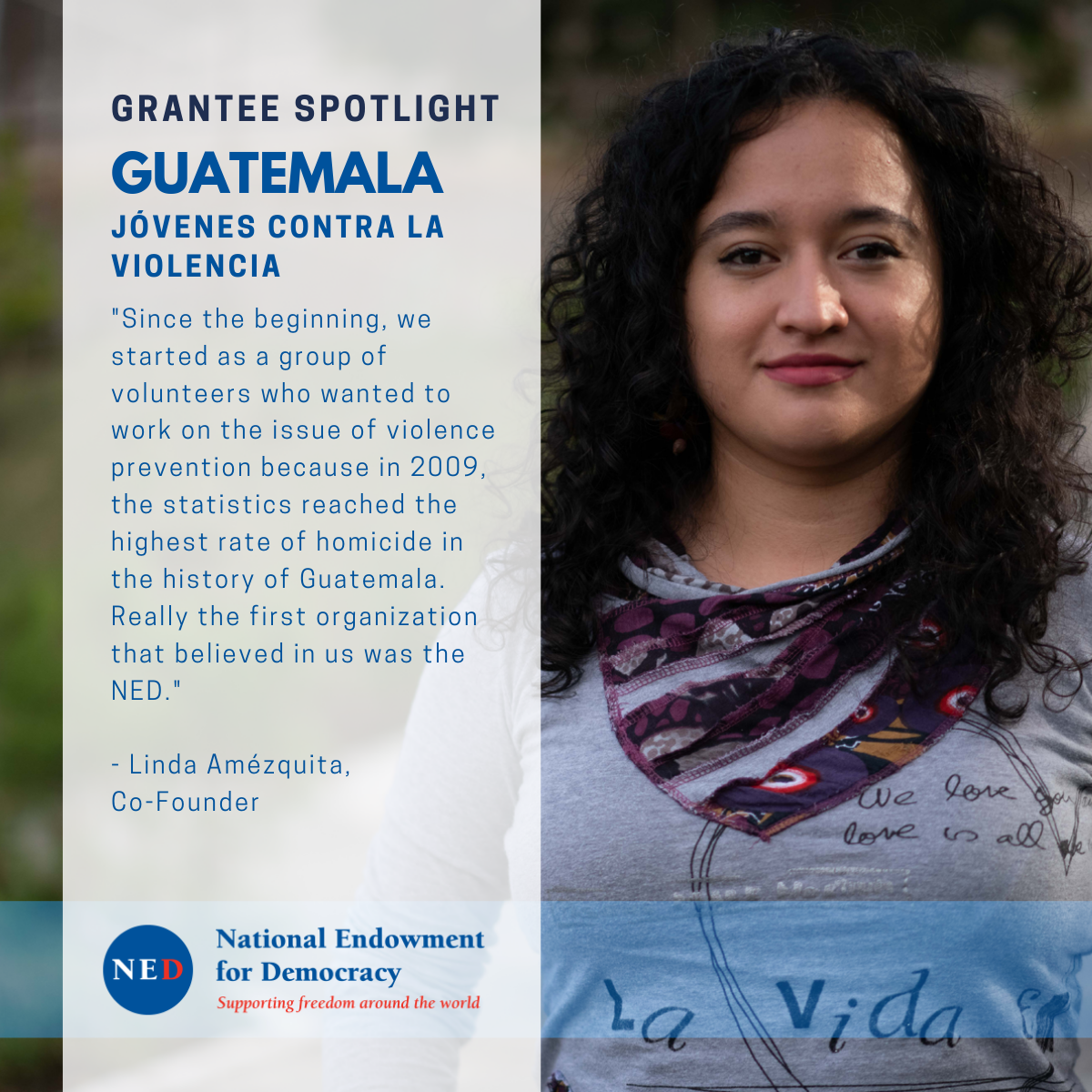 Jóvenes Contra la Violencia Guatemala, or Youth against Violence Guatemala, trains young people to become citizen ambassadors against violence in their communities. Since the estimated median age of Guatemala’s citizens is 20 years old, its young people represent one of the greatest opportunities for citizen engagement to heal the wounds of Guatemala’s troubled past.

Explore NED’s work in Latin America and the Caribbean

View
Carl Gershman Discusses the State of Democracy in Bosnia...

Carl Gershman gives an interview to...

In this video, we look back on the year and remember...