When Covid-19 arrived to Kenya, James Smart—former Reagan-Fascell Democracy Fellow at the National Endowment for Democracy (NED)—worried the government’s announcements over traditional media failed to share the stories of one of the country’s most impacted communities: the millions of people living in Nairobi’s so-called slums, some of the world’s largest settlements of the most economically marginalized. So he and a team of local journalists created an information campaign that shines a light on this often overlooked part of the population.

“We felt that we ran into the danger of a single narrative, where the only voice listened to are those in power. So, choosing to highlight the life and times of street children was our attempt to counter-balance and provide another narrative,” says Mr. Smart, a journalist, television anchor, and founder of Kay Youth Media, a nonprofit organization based in Nairobi—funded by NED— that provides media skills and journalism training for youth living in these economically marginalized areas.

Focusing on this area connects back to his roots. “I was born and brought up in Korogocho slums, in an area called Highridge B by my grandparents in a ten by ten shanty house,” he said during an interview about his impressive career path with SDE Kenya. [Read more about NED’s work in Kenya.] 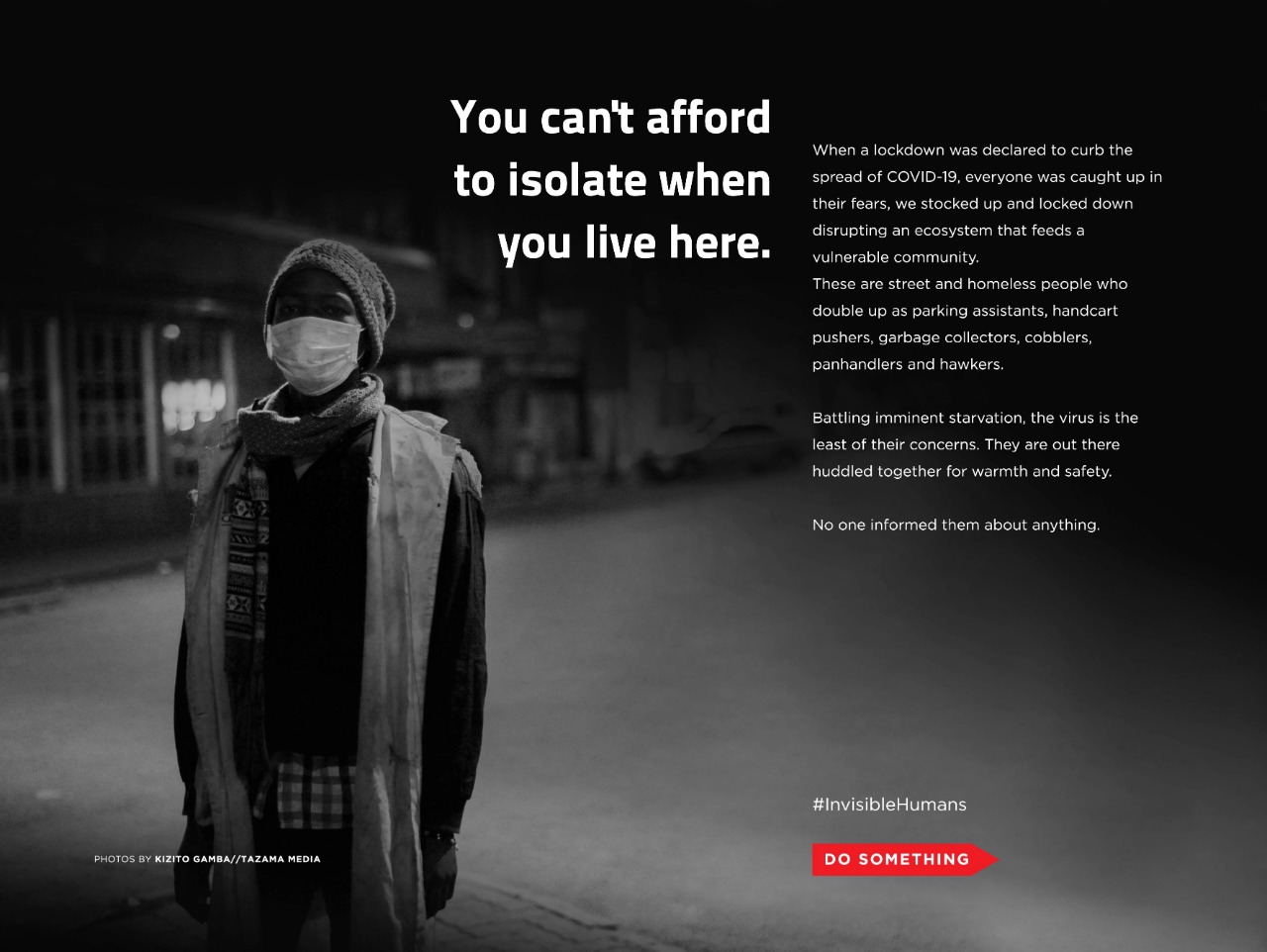 The team of four journalists already were in the midst of a project covering the talent, energy, and skills of street children but quickly changed focus at the beginning of the coronavirus crisis. Spending four consecutive nights in different communities, the crew immersed themselves in the lives of 12 street families, 10 rough sleepers, and about two dozen children, to report on the extremely poor during a pandemic.

“Our journalism revealed the extent to which street families are ignored and not considered,” explained James. “Raising their voice ensured the country noticed them as a segment that needs protection.”

The project led to a visual campaign that combines powerful portraits with statements about how the most vulnerable live now. One image says, “No one shows up anymore. If I don’t sell, I don’t eat,” before sharing more information about lockdown and living on the street. Others point out that sleeping outside gets more attention these days, and that the hungry no longer can rely upon leftover restaurant food as other people stay home. Yet another compelling image states, “Everyone that matters was asked to stay home.” [Learn more about NED’s work in Africa.]

The journalists hope these perspectives reach working and middle class Kenya, who may not have had access to this part of their city. Shared on WhatsApp and social media platforms such as Facebook, Twitter, Instagram, the campaign has attracted growing media attention.

“As a country, the Covid-19 crisis shows us that we don’t suffer the same,” says Mr. Smart. “We need to build a country of safety nets, a nation that’s empathetic to its countrymen and women, and a country where those who fall within the cracks don’t have to disappear.”

SEE selected images from THE PROJECT: 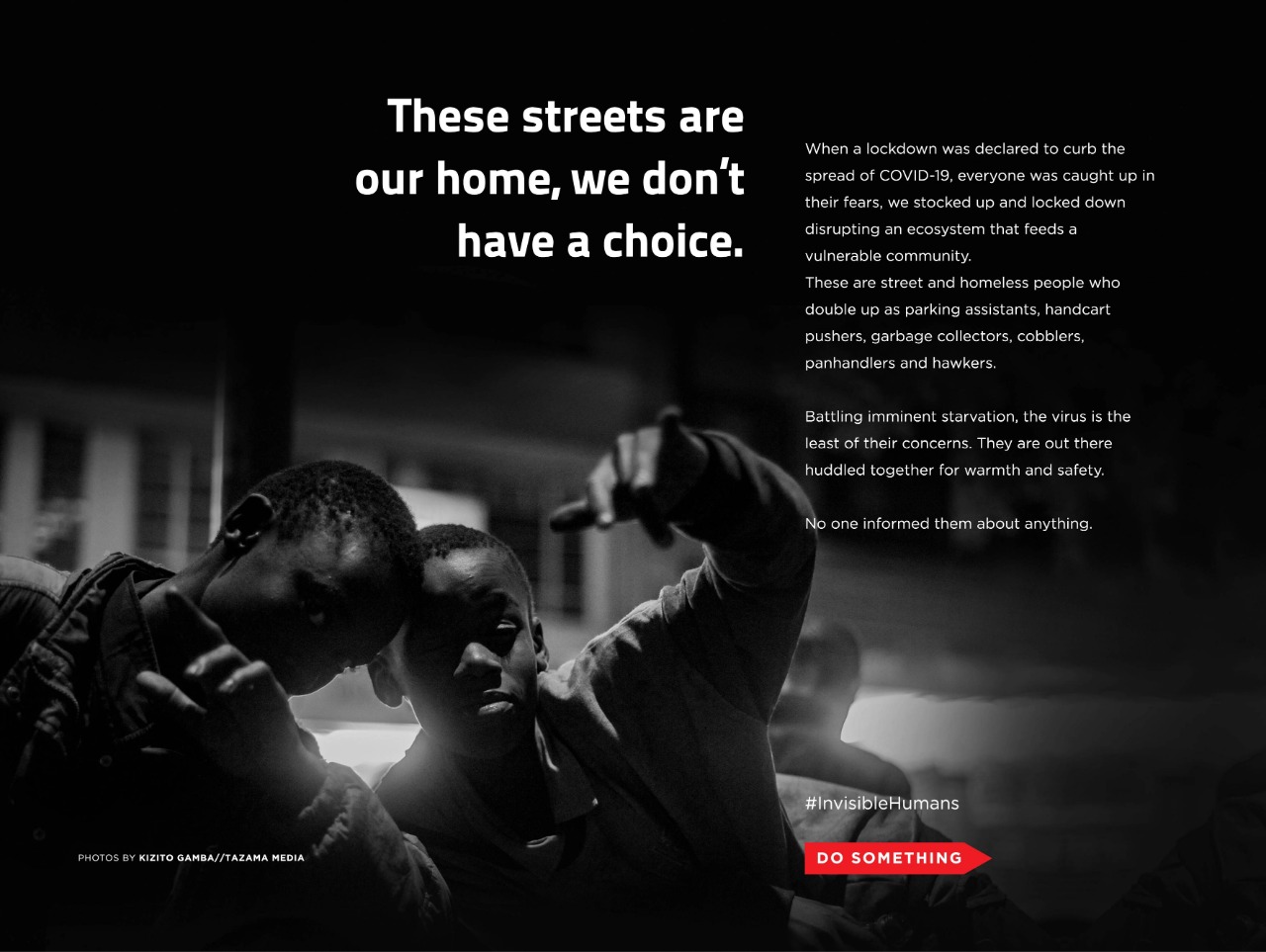 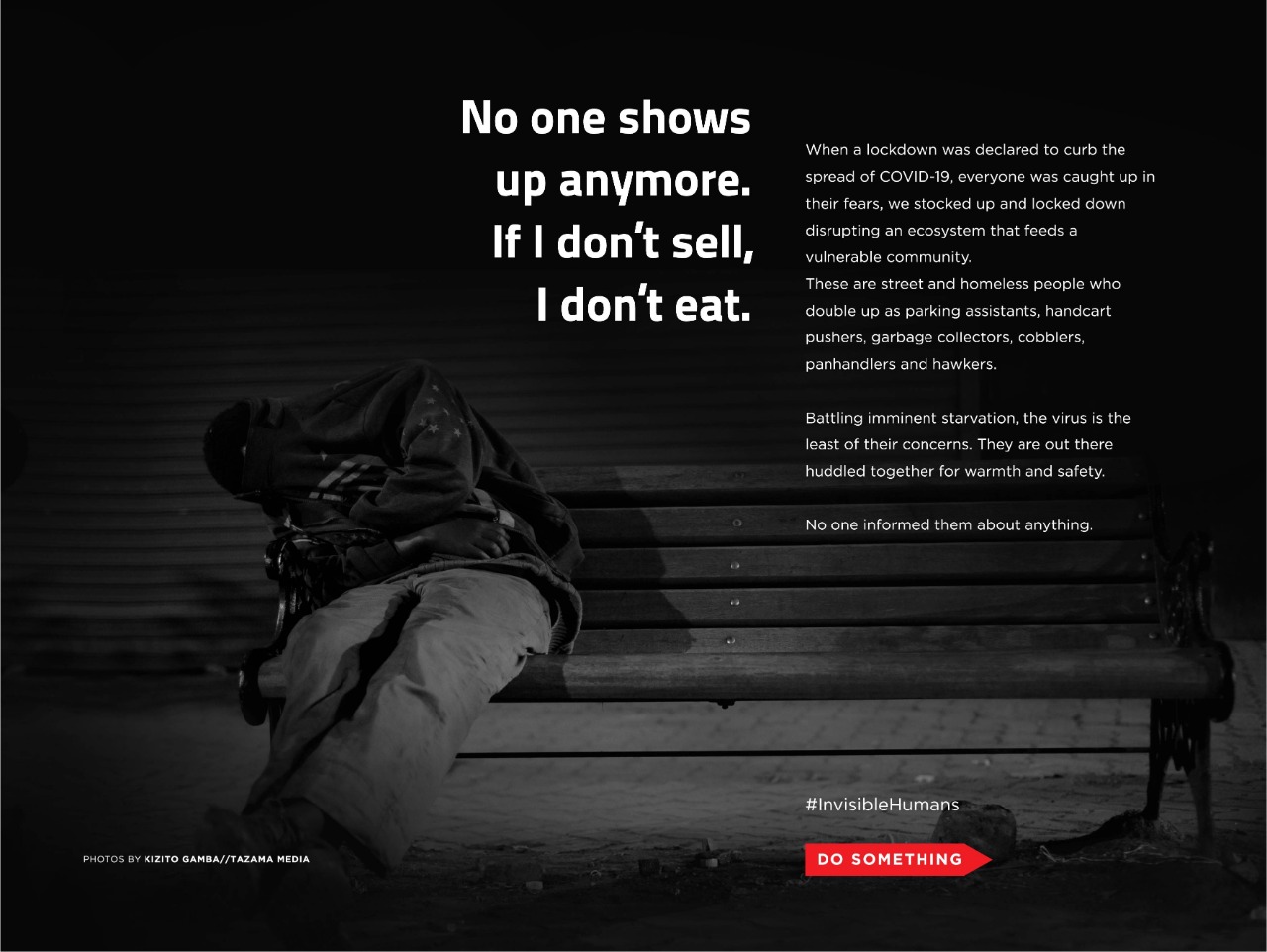 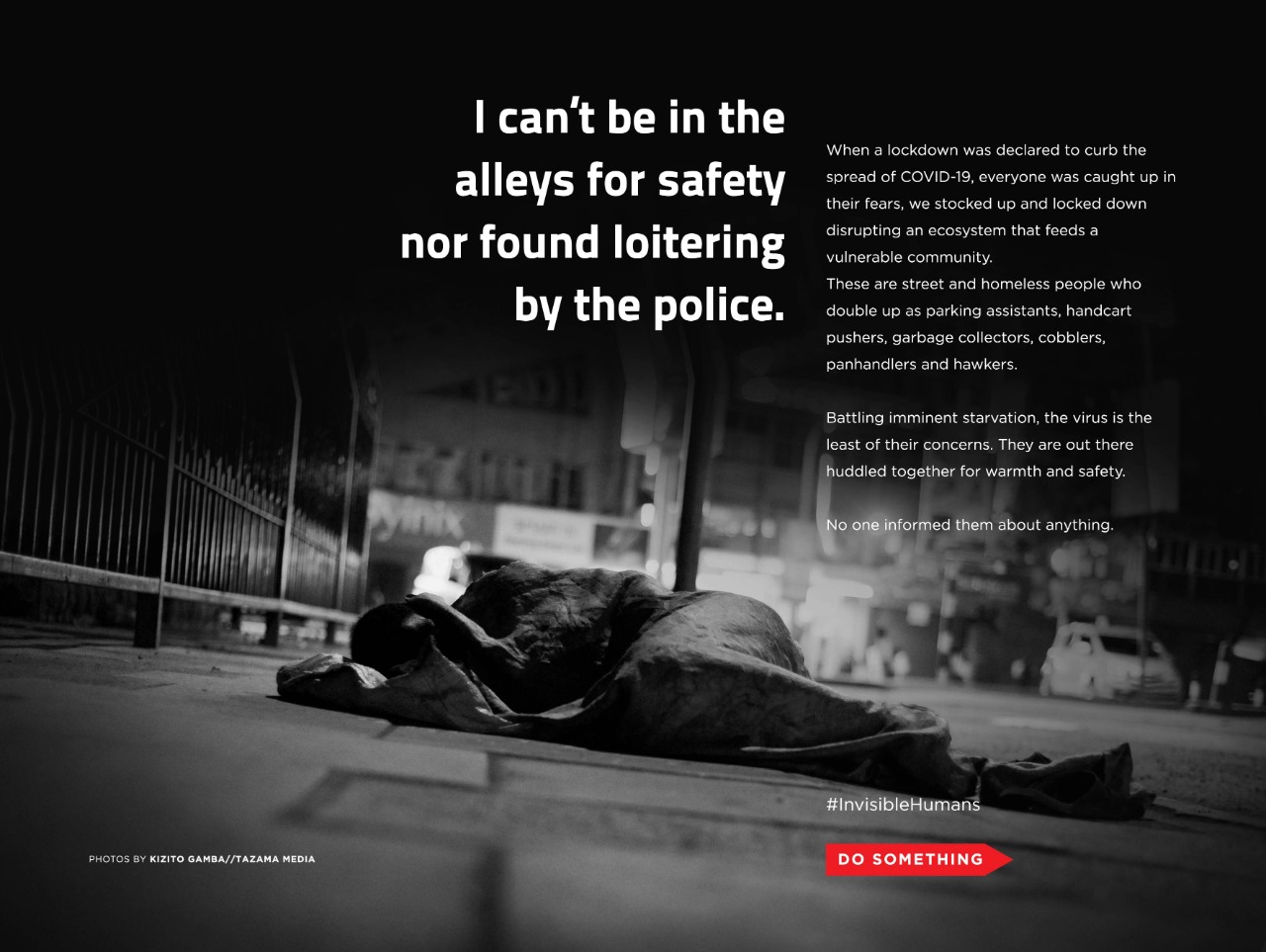 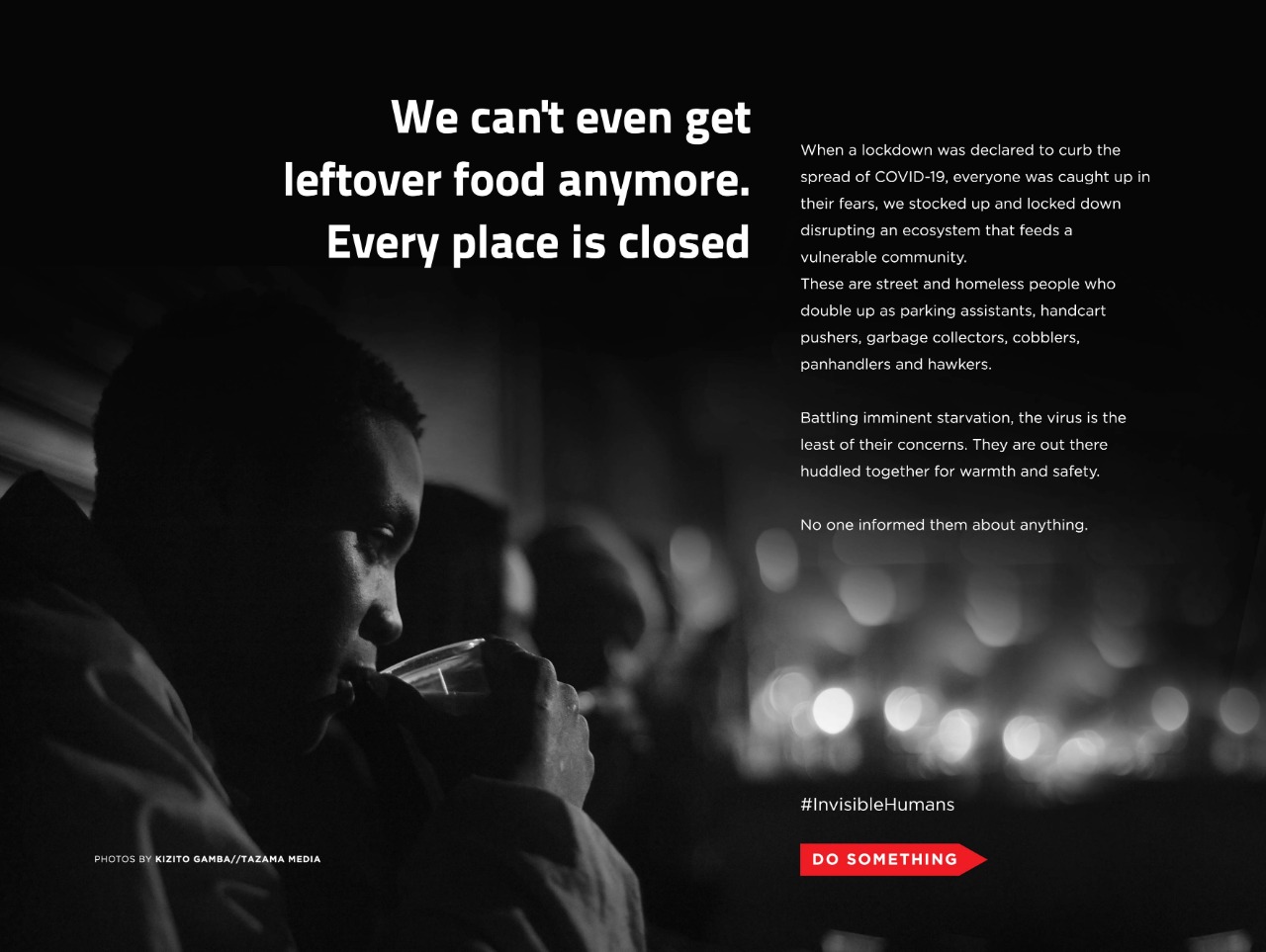 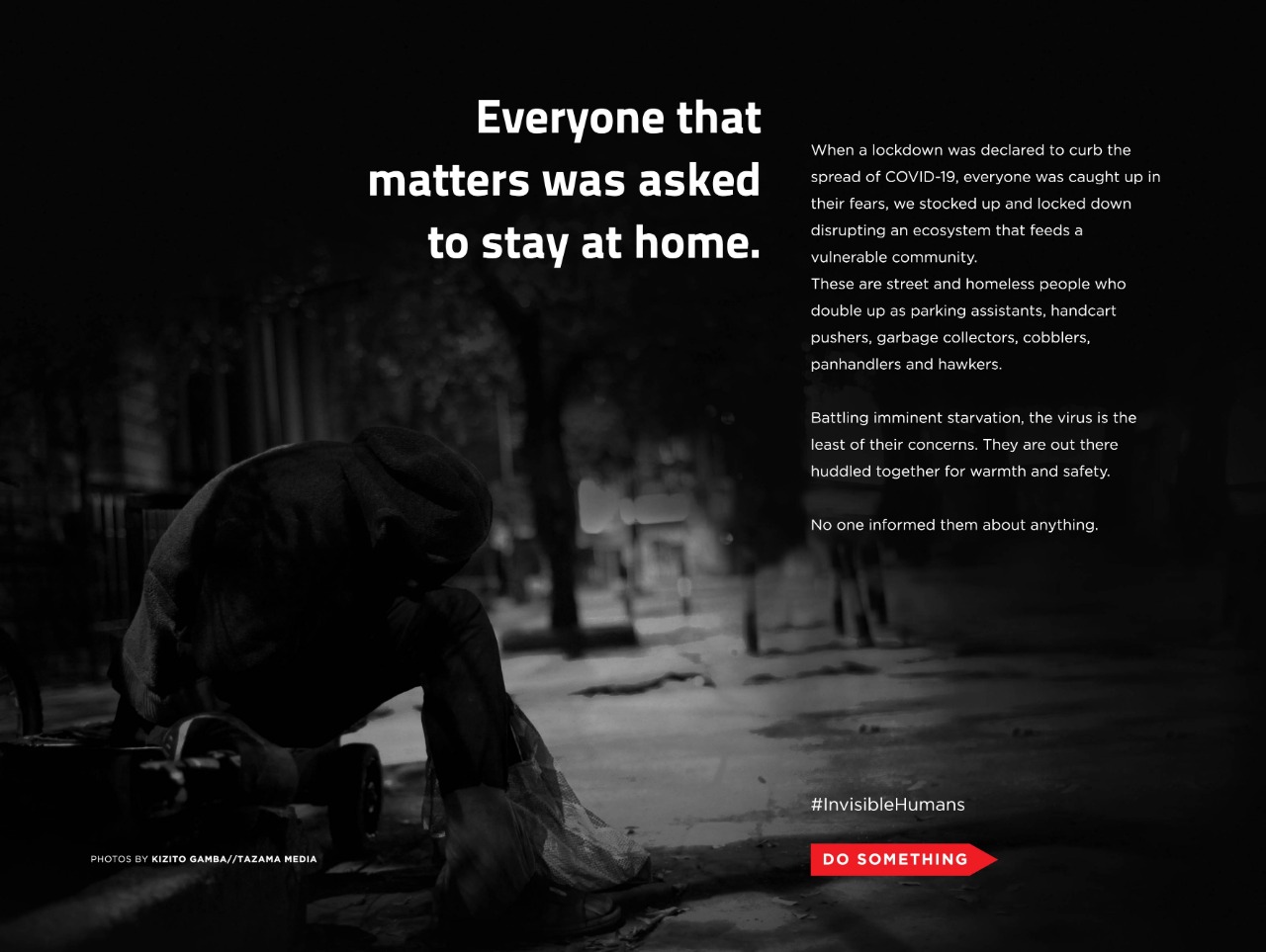 The Role of Independent Media in...

Implications of the Kenyan Elections