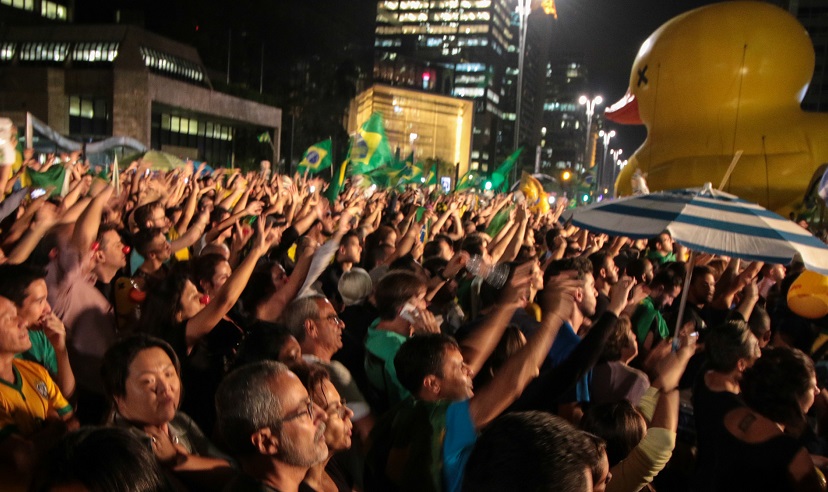 A number of Latin American countries are in the midst of turmoil. Brazil has been rocked by public anger over corruption, bringing President Dilma Rousseff to the brink of impeachment. Yet as Marcus André Melo explains in “Crisis and Integrity in Brazil,” this situation has also shown that rule of law in the country is strong. Other essays address the defeat of the Chavistas in Venezuela’s 2015 legislative elections, and the prospects for a democratic transition there; the victory of Mauricio Macri and the downfall of Peronism in Argentina’s 2015 presidential election; the dashed expectations for reform in Mexico; and the mounting troubles in Central America’s “Northern Triangle” of Guatemala, Honduras, and El Salvador.

Seymour Martin Lipset famously argued that economic development would enlarge the middle class, and that the middle class would demand democracy. Andrew J. Nathan tries to piece together “The Puzzle of the Chinese Middle Class,” examining whether this proposition is likely to hold true in China.

In November 2015, Burmese voters gave a sweeping victory to the opposition National League for Democracy (NLD), the party of Nobel Peace prize winner Aung San Suu Kyi, over the military-backed party that had led the country since 2011. As Igor Blaževič details in “The Challenges Ahead,” the NLD has a tall order to fill: providing better governance and improving the economy, forging national reconciliation in a country riven for decades by ethnic conflict, and devising some sort of federal arrangement that will be acceptable to both the military and the ethnic-minority groups. In “The New Configuration of Power,” Min Zin explains how Burma’s former military rulers can use various constitutional provisions to foil the new NLD government. Finally, Bridget Welsh, Kai-Ping Huang, and Yun-han Chu provide insight into the “Clashing Attitudes Toward Democracy” of Burma’s citizens and the problems these may pose for democratic government.

The National Endowment for Democracy (NED) has named...

Johan Lagerkvist is professor of Chinese...

Leading scholars and election experts will mark the...

"Why Democracy in Hong Kong Matters" ﻿ The National Endowment...