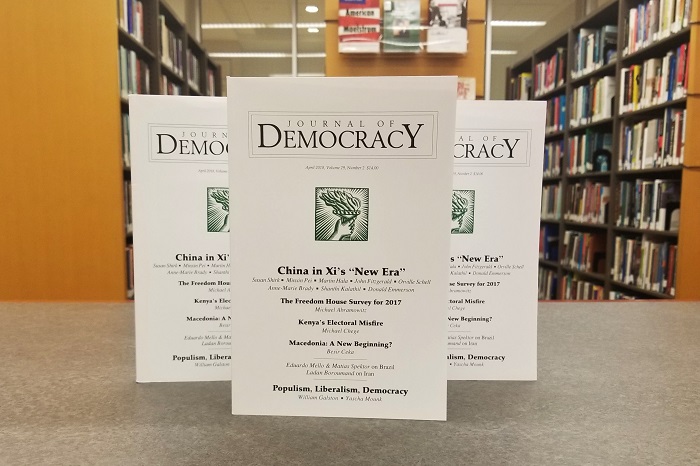 Is Xi Jinping returning China to a Mao-style personalist dictatorship? How is China under Xi exerting its authoritarian influence in its neighborhood—and around the world?

In the April 2018 issue of the Journal of Democracy, a set of eight articles on “China in Xi’s new era” examines the country’s internal changes in the wake of the 19th Party Congress, its expanding global ambitions, and its influence operations from Canberra to the Czech Republic:

For further discussion about China in Xi’s new era, read blog posts related to this article cluster on the International Forum’s Power 3.0 blog.

For more than two decades now, the majority of the...

The Big Question: What Is the Relationship...

Democratization in Africa: Progress and Retreat A...

The National Endowment for Democracy’s International Forum for Democratic...