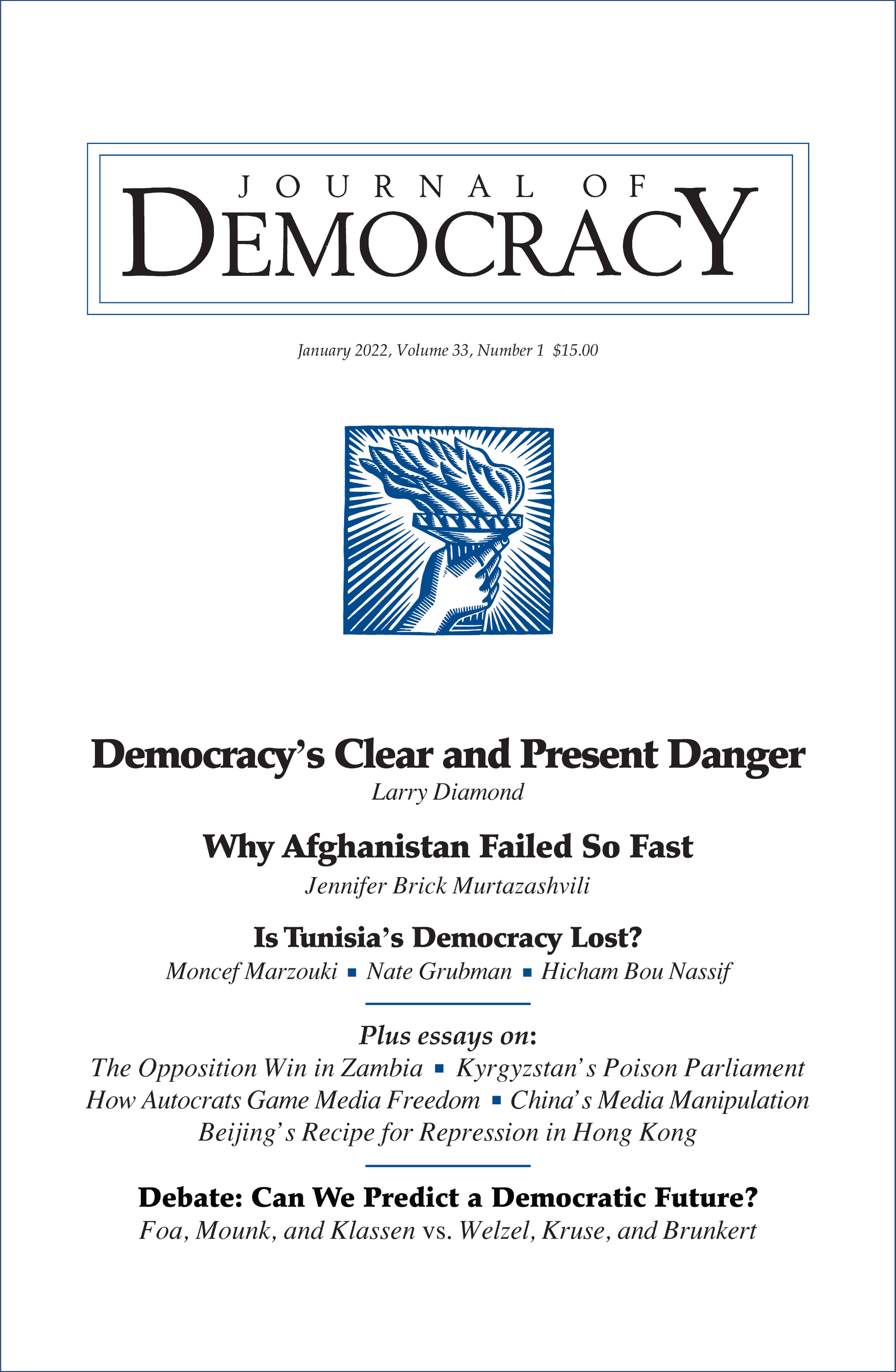 Thirty years ago, democracy was on the march. Today, it faces a clear and present danger across the world, and the possibility for global conflict is rising. Is it too late to reverse course?

Plus: Tunisia’s president staged a coup in July 2021, effectively ending the country’s democracy; Afghanistan’s republic imploded in August amid the Taliban offensive and U.S. withdrawal; and China continues to intensify manipulation of foreign media for its own ends.

Read the Journal of Democracy’s just-released January 2022 issue, available for free on Project MUSE through February 15.

Plus an exchange on Christian Welzel’s “Why the Future Is Democratic”:

In an article published by The American Interest, Christopher Walker, Marc F....

At a panel discussion celebrating the publication of...

Fight for Freedom Under Chinese...

What are the key challenges facing India as the world's...

NED will honor defenders of human and religious rights in China.