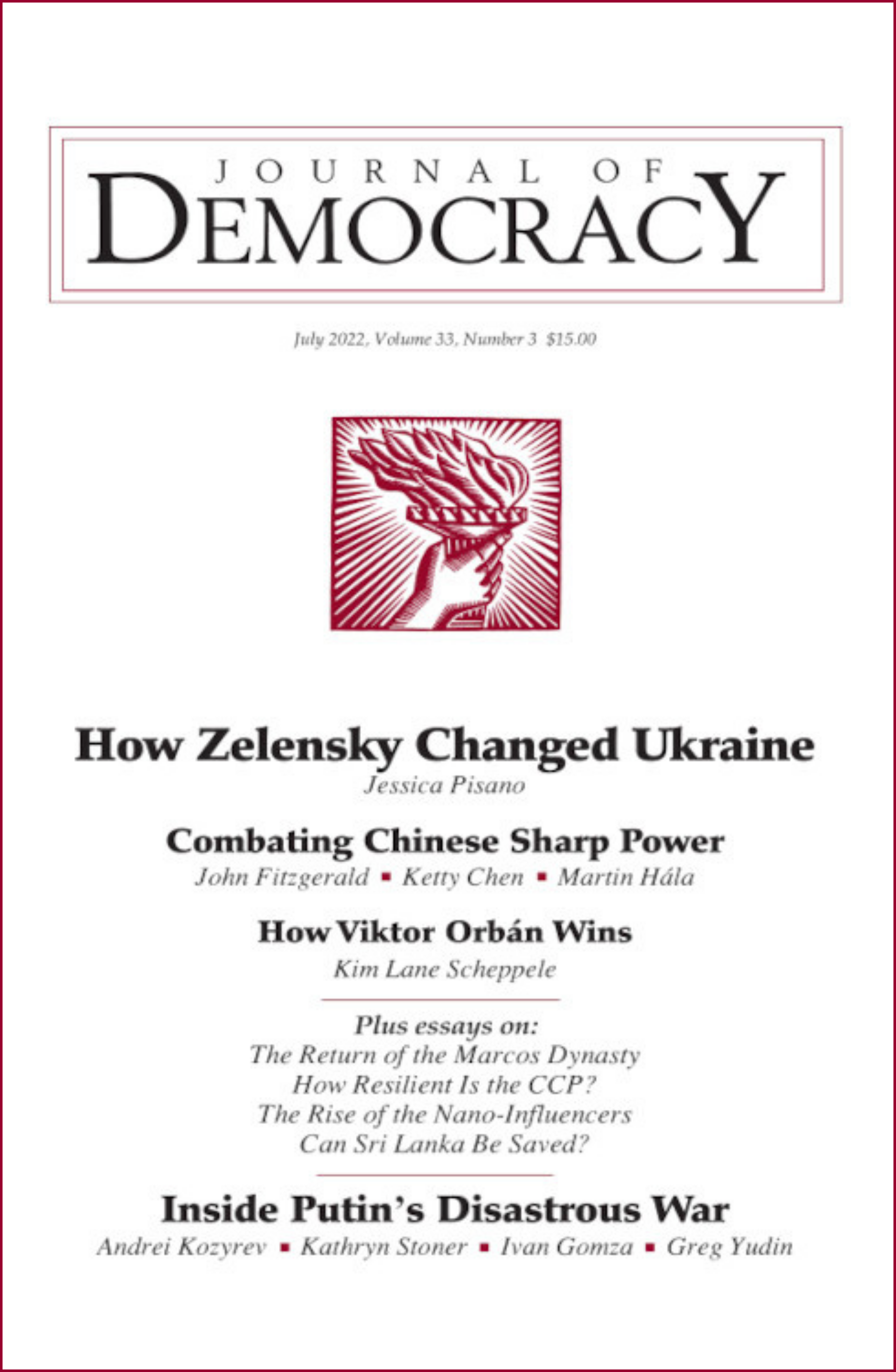 Nearly everyone underestimated Volodymyr Zelensky—except for the Ukrainian people. The former comic turned heroic wartime president has long been recognized for his patriotism and fearless responses to injustice. He has championed the same ideals from the presidency as he did on the stage—integrity and engagement in politics, and unity and a shared identity among all Ukrainians.

Plus: Viktor Orbán won big in Hungary’s legislative elections; the son of dictator Ferdinand Marcos Sr. won the Philippines’ presidential election in a landslide; and Putin’s war on Ukraine is escalating, prompting analysts to look at why he has taken this course and what it means both inside and outside of Russia.

Read the Journal of Democracy’s just-released July 2022 issue, available for free on Project MUSE through August 20.

For more coverage on Ukraine, visit the JoD Online:

Join us for a discussion with civic and religious leaders...

Election Observation in the Digital...