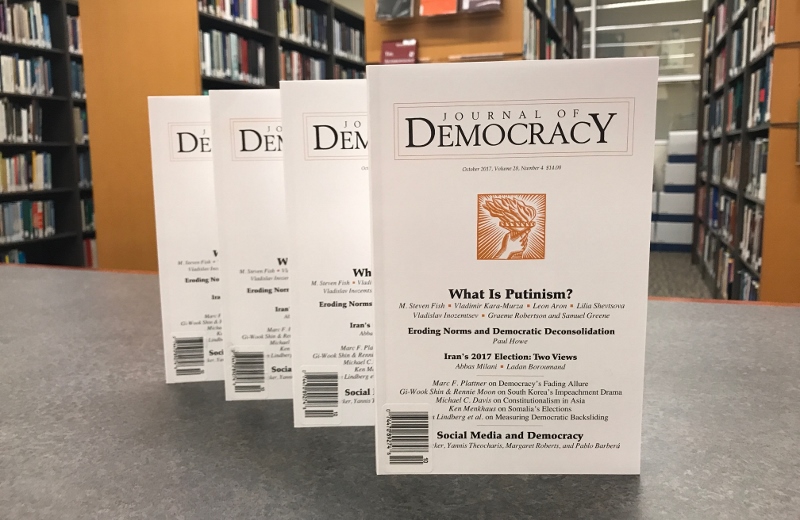 Vladimir Putin is today the only living world leader whose name has given rise to an “ism.” But exactly what kind of regime is it that Russia’s power elite now touts in its challenge to liberal democracy? In What is Putinism?, M. Steven Fish highlights three key traits: conservatism, populism, and personalism. Fish’s thought-provoking analysis examines how the Kremlin’s preoccupation with stability has interacted with Russia’s rent-driven economy to create a distinct form of autocracy—one that differs not only from developmentalist dictatorships, but also from right-populist political currents elsewhere in the world. Emphasizing the centrality of Putin’s personal power, Fish also identifies built-in limitations to Putinism’s hold and appeal.

“For years now, Russia has for all practical purposes been governed as a dictatorship,” states Vladimir Kara-Murza. But he also stresses the importance of remembering that Putin is Not Russia. And so Kara-Murza’s analysis looks before and beyond Putinism. Kara-Murza explains how Putin slowly transformed “a flawed but fundamentally democratic political system” by progressively cracking down on independent media outlets, civil society, and the opposition; he shows that Russians have increasingly responded to closure in these spheres by taking to the streets. Weighing the 2017 anticorruption protests in the light of generational change and frustration with an unaccountable regime, Kara-Murza maintains that those voicing their readiness for change “represent the future of Russia.”

In Eroding Norms and Democratic Deconsolidation, Paul Howe challenges the view that disappointment with government performance lies at the root of waning commitment to democracy in the United States. Instead, he finds that individuals who see as acceptable a variety of antisocial behaviors—from bribe-taking and fare evasion to domestic violence—are also the most likely to hold antidemocratic views. Today’s travails reflect long-term social and cultural changes that have corroded key norms,  interlinked with socioeconomic and educational divides that have left segments of the population feeling “marginalized and alienated.” Averting deconsolidation will therefore require drawing people back “into the social contract—into a sense that they belong to a society where core principles essential to living together should rightly be respected and observed.”

Robert Orttung is assistant director of the Institute for European, Russian,...

On Tuesday June 17, the National Endowment for Democracy...

Kelly Born discusses how the field of disinformation...

A Crisis of Legitimacy in the Islamic...

Toward a Common Democratic Agenda:...