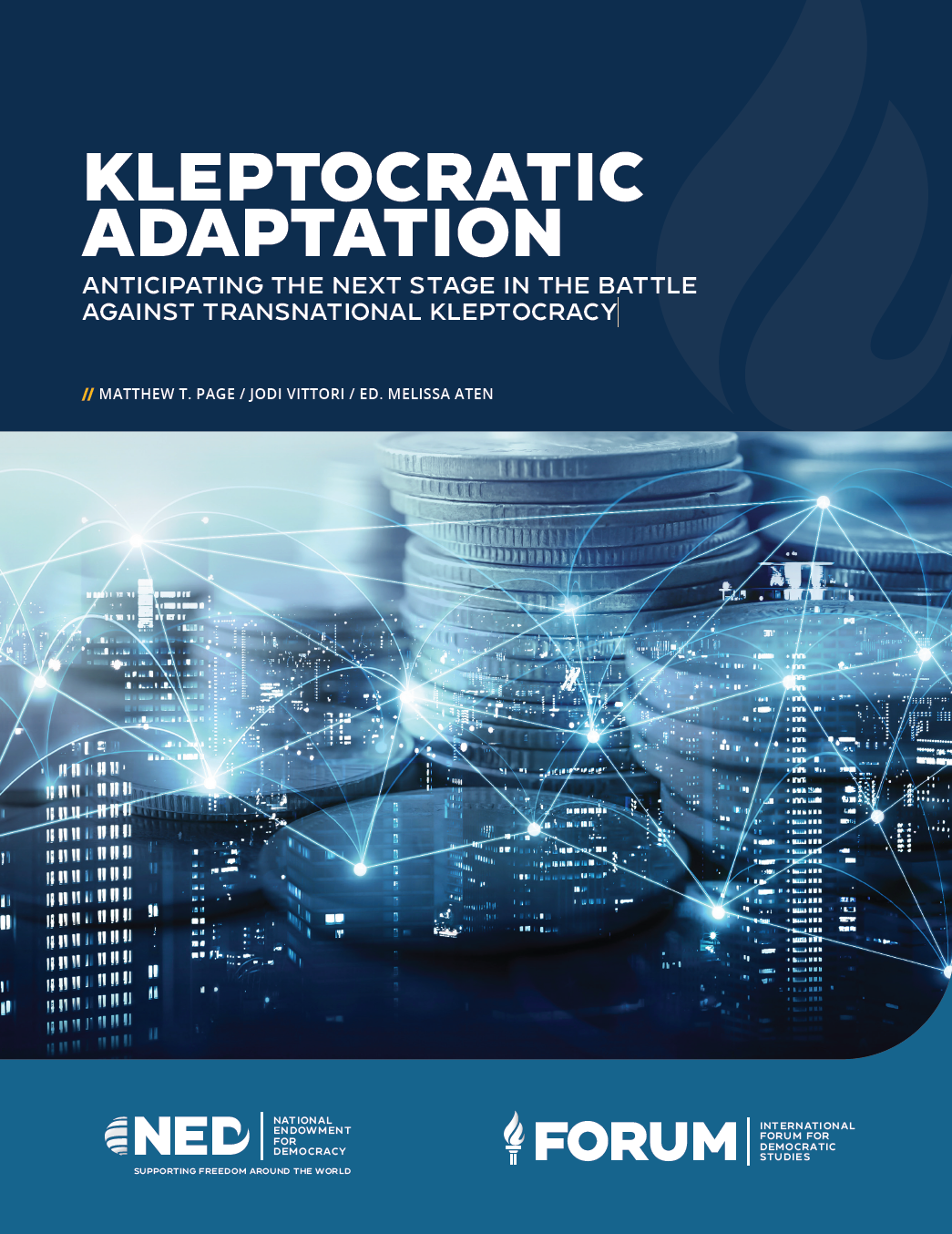 In the wake of Russia’s 2022 invasion of Ukraine, kleptocrats are increasingly weaponizing corrupt networks, relying on opaque shell companies, and turning to professional enabling services to allow them to continue their theft. They are able to loot and protect their stolen assets despite recent restrictions placed on them. As authoritarian actors adapt to the changing landscape, democracies must elevate the issue of fighting kleptocracy to other pressing national security threats and adapt accordingly.

Russia’s invasion of Ukraine has focused democracies’ attention on the overarching threat posed by kleptocratic networks, creating an opportunity to push back against them. Democracies initially reacted with remarkable speed and unity to sanction Russian oligarchs, freeze their assets, and introduce legislation to close opportunities for kleptocratic influence within democratic institutions. Despite the growing recognition of the fundamental threat posed by kleptocracy to democratic governance, accountability, and security, it is no longer clear that the democracies will sustain the momentum and shoulder the resolve to truly tackle transnational kleptocracy—especially as kleptocrats themselves adapt to changing circumstances.

Though often treated as a niche policy concern, rather than a strategic national security interest, the authors of this paper argue that kleptocracy must figure more prominently in democracies’ foreign and domestic policymaking calculus. Resilient and adaptable, transnational kleptocracy is on par with strategic threats democracies have faced before.

Kleptocrats have long favored laundering their illicit resources in democratic settings where they are protected by rule of law, which has had a corrosive impact as these assets are weaponized to fund spoiler political parties, foreign influence operations, and, in the case of Ukraine, war. This weaponized corruption is one of the many tools in the autocratic playbook designed to reshape global norms away from democracy, accountability, and governance and toward an entrenched form of authoritarianism that is fueled by kleptocracy.

In addition, the authors illustrate how kleptocratic networks have shown their flexibility and ability to develop new ways to exploit the weakest links in measures designed to curtail them. Indeed, kleptocrats have already begun to redirect their illicit pipelines from democracies into “bridging regimes” or areas that have strong links to the international financial and trade systems, act as important destinations and conduits for ill-gotten wealth, and may be authoritarian or kleptocratic themselves.

In response to this top-order challenge, democracies must develop a full-spectrum, unified response that works across all sectors of society and whose elements include:

Given its unyielding pace and serious strategic implications, kleptocratic adaptation is a threat that demands a stronger and more purposeful response from democracies worldwide. To rise to the challenge, they should recognize that the Kremlin’s full-scale invasion of Ukraine offers a powerful political justification for reforming and recapitalizing crucial antikleptocracy defenses.

Kleptocratic Adaptation: Anticipating the Next Stage in the Battle Against Transnational Kleptocracy, authored by Matthew T. Page and Jodi Vittori, is a report produced by the National Endowment for Democracy’s International Forum for Democratic Studies.

more on transnational kleptocracy from the international forum

Past events on “Sustaining the Momentum: Countering Kleptocracy in Russia and Beyond” and “The Corrosive Impact of Illicit Finance: A Wake Up Call for Democracy.”

Power 3.0 blog posts on “Sanctioning Pipelines and Oligarchs is Not a Silver Bullet to Stop Putin’s War in Ukraine” by Kate Watters and “Blank Check: How Weak Multilateral Lending Standards Enable and Strengthen Kleptocracy” by Elsa Peraldi.

Christopher Walker testified before the U.S.-China...

In a May 8 opinion piece for Nikkei...

Islam and Democracy After the Arab...

What's the Point of the Rule of...