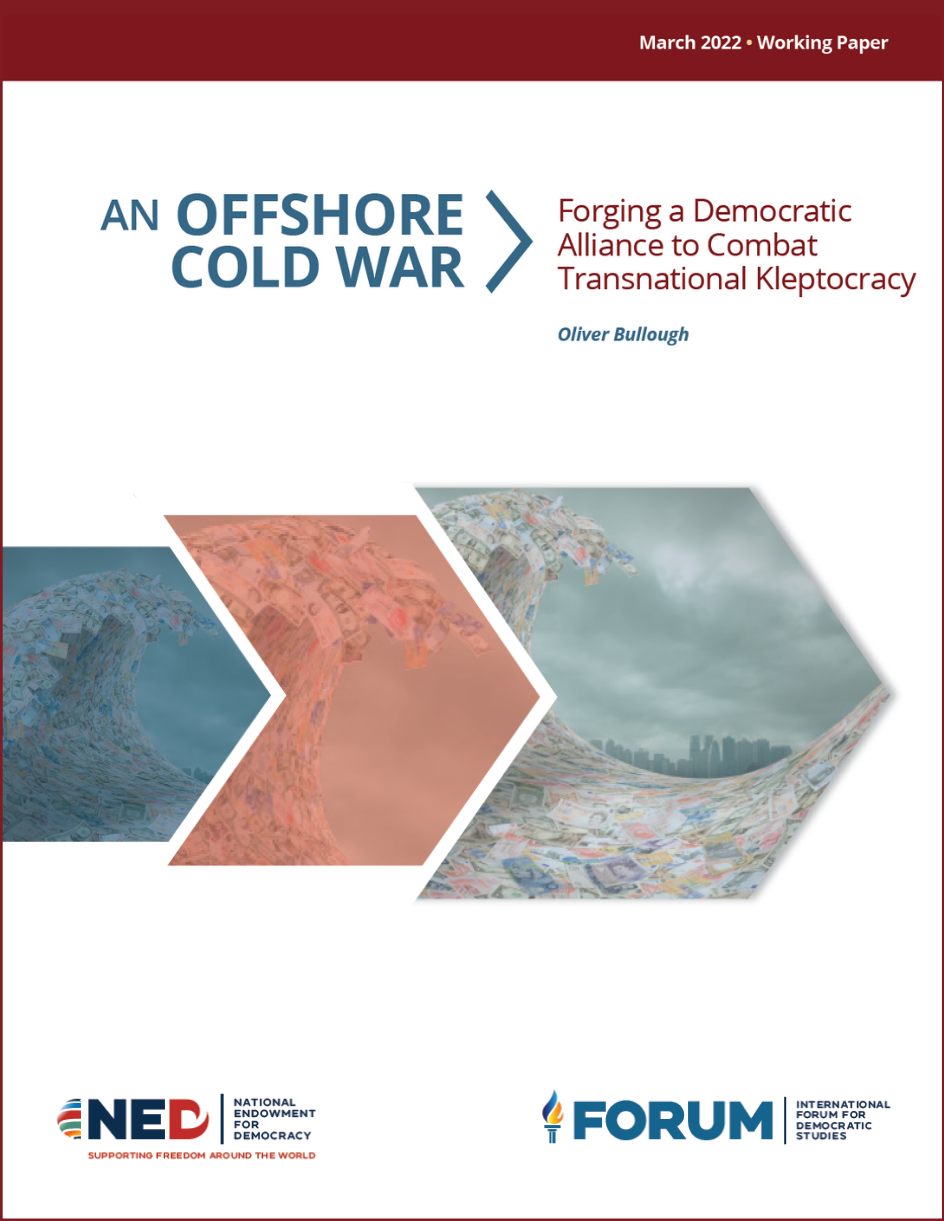 Transnational kleptocracy is a growing threat to democracy with urgent consequences for national security, human rights, and human development. Kleptocracy combines 19th-century autocracy with 21st-century finance, which empowers dictators to enrich themselves and their cronies, hide the proceeds offshore, and use that wealth to corrode both foreign and domestic institutions. While authoritarian leaders divert public resources to their own pockets and park them overseas, democracies have largely focused on their internal problems rather than acting as a united front to address this peril effectively.

Kleptocratic forces exploit this disunity to cement their repressive rule at home and advance their own, anti-democratic agendas overseas. Year after year, Freedom House’s annual “Freedom in the World” rankings show that the countries that are deemed “least” free in their ranking are often those that have heavily entrenched kleptocratic networks that have taken over as the system of governance. Traditional forms of accountability are curtailed, coopted, or eliminated as kleptocratic regimes seek to prevent their theft from being exposed by journalists and their governance from being monitored by civil society organizations.

Democracies may believe that their institutions are strong enough to resist kleptocratic influence, but the evidence warns otherwise. Russia under President Vladimir Putin, for example, has used massive wealth stolen from its people to coopt foreign leaders and businesses, spread large-scale and corrosive disinformation campaigns, and interfere in democratic elections. The focus on the strength of democratic institutions misses a larger point: as more kleptocratic wealth infiltrates democracies, it corrupts individuals and members of government, which will eventually degrade independent institutions.

Many democracies appear to be waking up to the threat posed by transnational kleptocracy and enacting policies designed to combat it. The Biden administration in the U.S. has made tackling corruption a top priority, and the U.K. and EU have signaled intentions to do the same. But because kleptocracy is a transnational, networked, and entrenched form of corruption, individual or atomized responses are insufficient. Democracies must be unified and networked in their fight against it. Transnational kleptocracy will always identify weaknesses in the global network of regulation and squeeze through them, meaning the whole network must be strengthened if it is to resist infiltration. Otherwise, the money would just move to the country that remains open to it, and the problem would continue.

To fight kleptocracy effectively, we must act together. Democracies should focus on their shared fundamental values—political and personal freedom, free markets, free speech, independent judicial systems, and freedom of expression—to develop a unified response to this top order challenge, much as they did during the fight against communism during the Cold War. That sense of democratic solidarity, where all major political parties understood and recognized the threats communism posed to democratic values, should be repurposed and reinvigorated to fight kleptocracy.

As Oliver Bullough warns in this paper, the very future of democracy is at stake.

An Offshore Cold War: Forging a Democratic Alliance to Combat Transnational Kleptocracy, authored by Oliver Bullough, is a working paper produced by the National Endowment for Democracy’s International Forum for Democratic Studies.

This publication is part of an International Forum working paper series examining the dynamics and impact of resurgent authoritarian influence in the era of globalization, including through networked transnational kleptocracy and the manipulation of the global information space. For more on these themes, visit the Forum’s blog, Power 3.0: Understanding Modern Authoritarian Influence, and its related podcast.

Dr. Lilia Shevtsova to speak at Embassy of Canada Washington, DC -- The Eleventh...

The State of Religious Freedom...

The State of Religious Freedom in Russia THIS EVENT...

Authoritarian Media and the Era...