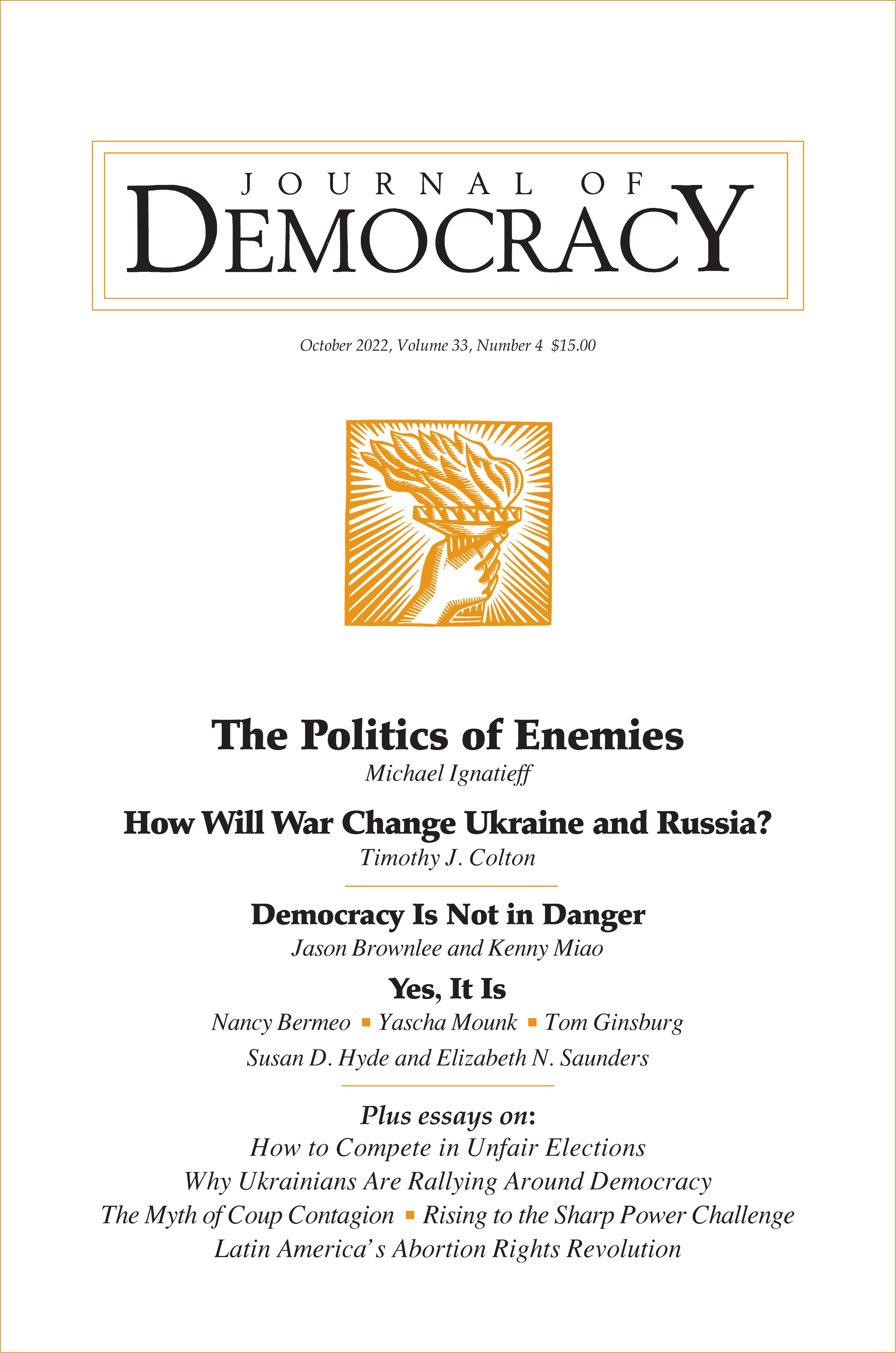 The October issue of the Journal of Democracy is out now. The new issue features essays by Michael Ignatieff, Timothy J. Colton, and Roger B. Myerson, a debate among key experts on democratic backsliding, and more.

Plus: A sweeping look at what Putin’s war will mean for both Russia and Ukraine; debunking the myth of the coup contagion; and revealing how Latin American abortion-rights activists have put together a string of victories.

Read the Journal of Democracy‘s just-released October issue free of charge on Project MUSE through November 15.

More from the issue:

Don’t miss the latest from the JoD Online:

The Journal of Democracy is published quarterly in January, April, July, and October. Members of the press and members of Congress who wish to receive electronic access should email the managing editor. For more information, please visit the JOD’s website or send an email.

North Korea: Why Human Rights Must...

The International Forum hosted a discussion based on...

Worth Reading: Journal of Democracy...

New CIMA Report: Beyond the Great...

In her CIMA report, Shanthi Kalathil delves into China’s...

In the January 2018 issue of the Journal of Democracy, Christopher Walker and...