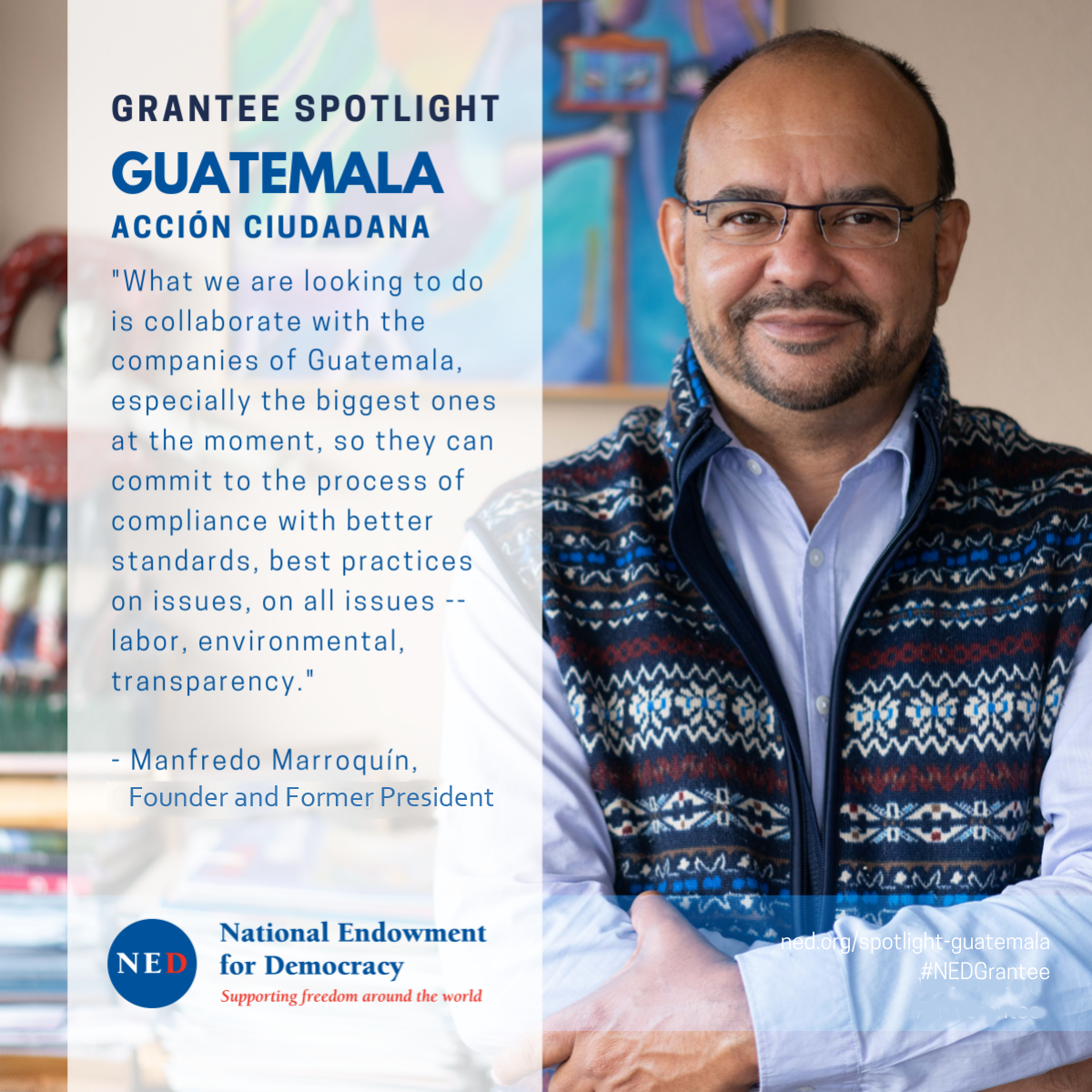 Acción Ciudadana, or Citizen Action, has been working to promote awareness of corruption, citizen participation, and advocating for transparency in both the public and private sector.

In 2017, NED once again awarded grant funding to Acción Ciudadana (AC), the Guatemalan chapter of Transparency International. AC is an organization devoted to promoting accountability and transparency in the procurement system of Guatemala’s government. It offers resources such as a confidential complaint tip line for citizens who have witnessed or been victimized by government corruption; it also assists citizens in compiling any evidence required for an investigation. In 2016, AC used NED support to conduct a comprehensive study on the use of funds and to identify all specific instances of fraud or mismanagement in the Guatemalan procurement system. They also hosted trainings designed to educate the public on the procurement system’s workings, and to empower civil society to play a meaningful role in the fight for transparency. For 2017, AC will expand its scope to implementing reforms to the public procurement law, and to continue building, educating and empowering civil society as a meaningful tool in the fight for transparency.

Explore NED’s work in Latin America and the Caribbean

Khaira Arby had been away from home for a long time, but on a Tuesday last...

Foreign Policies of Emerging-Market Democracies: What...