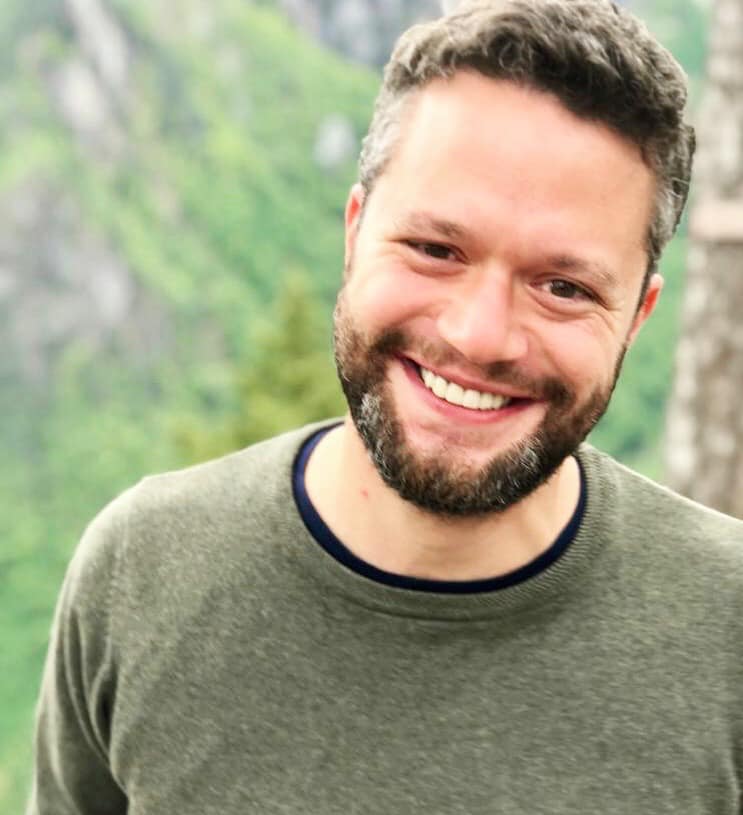 Ilya Lozovsky is managing editor at the Organized Crime and Corruption Reporting Project (OCCRP). Prior to joining the organization, he worked for Foreign Policy in Washington, where he edited and wrote for the magazine’s Democracy Lab channel. Ilya has also worked as a program officer for Eurasia at Freedom House, providing emergency support to human rights activists and organizations across that continent. Lozovsky’s work – which mostly covers the problems of liberal democracy in the world today—has appeared in Foreign Policy, the Washington Post, the Atlantic, Haaretz, and other outlets.

Characterized by secrecy and fueled by modern technology and globalization, transnational kleptocracy is often difficult to expose and combat. Journalists and activists working in source countries often do so at great risk, while those working in advanced democracies often contend with uninterested audiences who may not link transnational, systemic corruption “over there” with problems in their own societies. The Organized Crime and Corruption Reporting Project (OCCRP) is a collaborative-based news platform that successfully navigates these constraints to expose and combat kleptocracy around the world.

Melissa Aten of the International Forum for Democratic Studies spoke with Ilya Lozovsky about OCCRP’s recent “Troika Laundromat” investigation, which revealed a massive financial scheme centered on the now-defunct Troika Dialog bank in Russia. Aten and Lozovsky also discussed the vital role collaboration played in uncovering this story. (This interview has been condensed and edited for clarity. The views and opinions expressed here do not necessarily reflect those of the National Endowment for Democracy.)

Melissa Aten: Modern transnational kleptocracy depends very much on transnational networks. Please describe the Troika laundromat and how it is emblematic of this phenomenon.

Ilya Lozovsky: A key feature of global kleptocracy is that kleptocrats—whether corrupt officials, organized crime figures, or somewhere in between—have to move money around because often the places where they earn, make, or steal the money are not necessarily the places where they want to keep it. They have to move the money out and put it somewhere like London, New York, Miami, or an offshore jurisdiction where they can keep it safe, invest it in real estate, and keep it away from the people who might try to take it back. Moving money around is a key part of this whole network. The Troika Laundromat is an example of how that money is moved.

Troika Dialog was a very large Russian investment bank that no longer exists. Employees of the bank set up a system to allow clients to easily move money out of the country. The bank basically facilitated this by setting up a network of offshore companies that all held bank accounts in Ukio Bankas in Lithuania. When clients requested money transfers, the system would send the money into this network of offshore companies, where it would be chopped, diced, and sent around to these various nodes. The money would then exit at some other point and go out into the world. Through this mechanism, the money’s origin is obscured.

When large amounts of money are transferred between different bank accounts, clients are required to provide a reason to explain the purpose of the transfer. In transfers that were directed by Troika, bank employees would provide fictitious trade deals, equipment purchases, and other falsified justifications, so that the bank the offshore companies used wouldn’t flag it as suspicious. The companies sending the money around were shells—they don’t do any business, they don’t manufacture anything, and they don’t provide services. They existed to trick the compliance departments of the banks the offshore companies used to allow clients to move money around.

One other important point is that some of these offshore companies used proxies to register bank accounts. We found one case where the proxies were actually seasonal laborers from Armenia, who had been working in Moscow. Their names and signatures were used on the company documents without their knowledge.

The data we analyzed counted between four and five billion US dollars going through the Troika laundromat. This is just what we were able to properly analyze, investigate, and prove. Troika likely moved much larger sums of money.

Aten: Much of the money originating in extremely corrupt, authoritarian environments passed through this laundromat to end up, under-scrutinized, in democratic settings. Do you have a sense of the impact this money has on rule of law and democratic norms in these destinations?

Lozovsky: Broadly speaking, it’s very hard to say what the impact is because in the vast majority of cases, we don’t know where all the money went. We can say that we all know that dark money undermines democratic accountability and rule of law. It certainly should be disturbing that such amounts are flowing around the international financial system and ending up in democratic countries without being scrutinized by regulators and by banks. We know that money flowing around the world from places like Russia and other former Soviet states into the West often can be used for political influence, or lobbying, or things that harm the rule of law. The fact that we don’t know where all of this money is going and to whom it all belongs is a huge area of concern. That’s one of the main reasons we want to expose these flows.

Aten: Can you say a few words about why it’s difficult to figure out where the money ends up?

Lozovsky: We don’t have full data sets. The data, the stories, the investigations are based on banking data from Ukio Bankas in Lithuania, where these companies held their accounts, but it doesn’t say where the money went necessarily. In some cases we can track it down through various ways. If you read the stories you’ll see we have actually provided quite a few examples of both where the money originated and where it came from, but they are still a pretty small subset of the total. It’s just because the data is not complete and the system was designed precisely to obscure these things, so it’s not always possible to figure it out.

Aten: In the process of these money-laundering schemes, legitimately earned money is mixed in with ill-gotten gains, obscuring the corrupt source of the latter. How do investigative journalists follow both types of money and differentiate between the two?

Lozovsky: We focus on the money we think is corrupt. Due to the large volume of transaction records, we can only ever look at a small subset, even with the collaborative multi-member partnership that we have. We recognize that some of the money may not be precisely of illegal origin, but the fact that this mechanism is so opaque, secretive, and misleading makes all of it of interest even if we can’t identify the precise origin. We have to focus on where we see connections. In many instances, the connection may be to previous scandals, such as the Magnitsky case, because some of the same companies are involved. In some cases, we were able to track down specific officials that were benefiting from the use of this money, so we focused on them. The story about Spanish properties owned by high-ranking Russian officials is a good example of that in our project. We just have to drill down and focus on where we can get the biggest wins for uncovering something.

In some ways, collaborative partnerships that reach across the world are the only natural enemy that these kleptocrats have. When we collaborate like this, we have the same global reach that they do, and we can track them.

Aten: So the clues are often that there is a company or a person involved in a previous investigation?

Lozovsky: Sometimes. We’ve done many investigations in [Russia]. A lot of the players, whether the registration agents who make the companies or the companies themselves used for different purposes, are familiar to us. In some cases, we are able to figure out money’s origins by contacting the bank account holders and having them confirm the origin. We have a variety of methods, and we try to be very transparent in our stories about how we got on that trail.

Lozovsky: We do it like this is because this is the only way to do it. Money flowing across borders confounds the ability of any strictly local news operation to figure it out. They may have the local angle on the story, but they would not be able to easily investigate where the money ends up. The same thing is true for law enforcement. They often have trouble collaborating across borders with other agencies, and successful investigations usually require it.

In some ways, collaborative partnerships that reach across the world are the only natural enemy that these kleptocrats have. When we collaborate like this, we have the same global reach that they do, and we can track them. But, these collaborations are really difficult. It is difficult enough to manage normal investigative editorial workflow within one newsroom, but the logistical challenges are enormous when you have twenty-two newsrooms working together on one set of data. We are always learning how to do it better. Doing it well involves some technological tools, but it also involves real leadership among OCCRP staff. It involves travel to hash out ideas and to determine everyone’s roles, and then managing group deadlines and holding everyone to them. It’s exponentially harder than just doing a regular investigation, but, as I said, the reason we have to do it like this is because there’s no other way.

We do it like this is because this is the only way to do it. Money flowing across borders confounds the ability of any strictly local news operation to figure it out.

Aten: Finally, this investigation also falls under the rubric of the partnership between OCCRP and Transparency International, the Global Anti-Corruption Consortium (GACC). It is unusual to see civil society team up with media in this way, given the different professional mandates. What is the GAAC and why did you feel the need to create it?

Lozovsky: The overall idea behind the GACC is that we wanted impact from our reporting. We are not content to just report and have nothing happen. Our partnership with Transparency International allows us to limit ourselves to our role as journalists, but the collaboration with an activist organization like TI ensures that our reporting reaches decision makers and expert circles, and resonates with the public.

It’s sort of novel, because there tends to be wariness among journalists about collaborating or working alongside activists, because there’s a very legitimate concern about how this kind of partnership might impact the trustworthiness of the journalism. Through the GACC, we think we’ve figured out a way to do it that preserves our independence but still allows for impact. We’re not going to say we’re neutral about corruption—we’re against corruption. The whole reason we do this reporting is to fight corruption and organized crime. So, we are comfortable helping civil society organizations like TI use our reporting in the most effective way possible.

I think it’s time to move past the view that journalists can just report dispassionately on things. We are frank that we are against corruption, and that’s the reason we do this.

FOR MORE FROM THE FORUM ON THIS TOPIC, SEE:

A Q&A discussion with Rafael Marques de Morais on kleptocracy in Angola.

“Democratic Activism and the Battle Against Modern Kleptocracy,” a Power 3.0 blog post by Dave Peterson.

“The Rise of Transnational Kleptocracy,” a Power 3.0 blog post by Melissa Aten.

The September 2020 edition of the Forum newsletter highlights recent research...