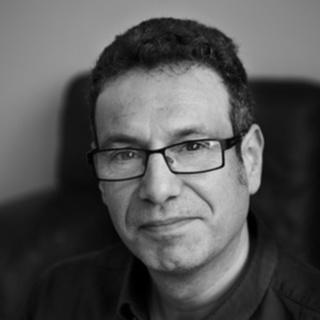 Nick Mathiason is the founder and co-director of London-based Finance Uncovered, an investigative journalism and training organization. He has been a business and finance journalist for almost 30 years and has broken a number of impactful stories on topics including developing countries’ access to medicine, vulture funds, labor issues, and the growth of private equity. One of the first journalists to report on industrial scale tax avoidance, Nick founded Finance Uncovered in 2012, which has since trained 430 journalists and campaigners from 90 countries to investigate illicit finance. Formerly a business correspondent at The Observer, The Guardian, the Bureau of Investigative Journalism, and the Big Issue magazine for the homeless, Nick has been shortlisted for the Orwell Prize for Journalism.

Nick Mathiason: We are a London-based organization that provides journalists and activists around the world (especially those based in the global south) with skills and tools to investigate illicit and exploitative finance.

We provide a comprehensive suite of follow-the-money services that consists of six pillars. We offer a basic introduction to investigating illicit or exploitative finance, giving people an appreciation of the off-shore world. We then go in-depth on understanding accounts and where to find company information in offshore locations and on stock markets, and then we discuss methodologies. We integrate that with practical exercises to look at tax abuse, money laundering, and corruption in that context.

Our second pillar is bespoke trainings for media and activist organizations where we go into a newsroom or workroom for two or three days to work on particular research projects. It’s very story-focused or project-focused.

We run a helpdesk for participants of our trainings, of which now there are about 450 from over 90 countries. We also give editorial one-on-one investigator support, and we provide investigative project initiation support, coordination, and management. And, we top it all off with editing, legal, and narrative guidance. We often are asked to edit stories to make them more “tellable” or evidence-driven.

The story-telling element of these stories is very important, because often stories [on corruption and kleptocracy] are a bit too dense and hard to read or hard to watch, so we try to find interesting ways to tell the stories. Illicit finance is not just numbers: such flows always have other tangible costs to societies, be they human or environmental, for example.

We work with journalists in order to get some of those stories placed in local media in kleptocratic settings, but we also try to make connections to get them placed into relevant Western media.

Aten: Why is it important for the stories to appear in Western media outlets?

Mathiason: Finance has no borders; neither do we. Without the enablers—the banks, hedge funds, lawyers, accountants, who are often in Western settings—kleptocratic asset movement would not be able to happen. We are in a networked financial world. Stories that may be relevant to the Democratic Republic of Congo or Myanmar will generally have, in the finance context, a Western angle because there will be some Western institution helping to consolidate power and money on behalf of a kleptocratic institution or individual. It’s important for audiences around the world to understand that.

Also, the impact of getting stories out of those countries and into Western media can be significant. Often, those stories can’t be reported in-country, so you can try to place them in the countries where the facilitators are based, and hopefully the outrage from the public or the policy-makers will lead to change.

Stories that may be relevant to the Democratic Republic of Congo or Myanmar will generally have, in the finance context, a Western angle because there will be some Western institution helping to consolidate power and money on behalf of a kleptocratic institution or individual.

Aten: Why do you feel this model of combining training with further editorial support is an effective way to expose kleptocracy?

Mathiason: In general terms, the financial skill-set of journalists and activists can always be improved. Even the most experienced journalists sometimes have difficulties knowing how to get information out of specific locations or interpreting accounts and amplifying financial stories. Training is important to improve that skill-set to identify stories and to not be intimidated by the financial information.

Once you have that, you sometimes need help to produce those stories, and that might be literally one-to-one support on a story, or you might need someone to get some court documents in a different jurisdiction. We know people who can do that, because we’re spread in so many different countries.

I think “our customers” appreciate the extra pair of eyes and ideas on story leads and framing. So we are helping very talented journalists and researchers be the best they can be and produce the best possible story that resonates. We can also spot relevance of a particular story to a different country and get that story into that market.

In May, we produced a story reporting on over €100m worth of assets belonging to the family of Azerbaijan’s former security chief. Here we worked for several months in very close collaboration with the Organized Crime and Corruption Reporting Project (OCCRP), a Spanish paper, and Transparency International UK. We got the story out in Spain, on the OCCRP site and in the UK’s Observer which means it was prominent on the website of its sister paper, The Guardian. The BBC also followed up, so we helped to put this issue on the mainstream map. Then it is up to the campaigners to talk to policymakers about the underlying issues.

Aten: Independent media are in a difficult position, with traditional media outlets cutting bureaus and staff and newer outlets struggling to maintain funding and competing to get their stories out. I have heard you take a more optimistic view on the state of journalism. Can you explain your views on this challenge?

Mathiason: Journalism, to use the Charles Dickens line, is in the best of times and in the worst of times. In terms of the worst of times, the economics of the industry are completely shot to pieces. In the nineties, most news media gave their content away for free online, thinking that advertising would follow clicks. Now that model has been destroyed by Google and Facebook. They have grabbed advertising money that used to go to the mainstream industry. The subscription model is beginning to come through, but it’s a slow process. Couple that with the intense difficulty and challenges that journalists in authoritarian and kleptocratic countries are experiencing—the closure of civil society space, and the arrest, torture, imprisonment, and murder of journalists—and it is clear we are living in really, really difficult period. We’re also living in this “fake news” era, in which there has been a huge deterioration in trust in media.

But investigative journalism in particular has rarely, if ever, been so appreciated by the public as it is now. The work that has been done by the International Consortium of Investigative Journalists, the Organized Crime and Corruption Reporting Project, and the brave, brilliant journalists living in kleptocratic countries, has never been so needed and appreciated. This is very important and needs to be leveraged.

Also, we can tell stories in an attractive way using new technology that reaches more people, using different outlets. Although the proliferation of social media has produced an atomization of the public’s consumption of news and entertainment, there is still power in stories, and we can still see major impact. The Gupta Leaks in South Africa showed how journalists helped bring down an administration that was taking the country to the point of kleptocracy.

In that sense, it’s clear that in our small sector of following the money and battling kleptocracy, we are appreciated. That appreciation is beginning to be felt by, for instance, international development ministries. Last month there was a very important study released on the feasibility of the establishment of an International Fund for Public Interest Media that would go to support journalists, and that is hugely needed.

We can tell stories in an attractive way using new technology that reaches more people, using different outlets. Although the proliferation of social media has produced an atomization of the public’s consumption of news and entertainment, there is still power in stories, and we can still see major impact.

Aten: How has the COVID-19 pandemic impacted independent media and its ability to expose transnational kleptocracy?

Mathiason: From a financial perspective, COVID-19 is disastrous for media. The fall in advertising and subscriber revenue during an unprecedented economic crisis is acute. In that sense, independent media is battling to survive like never before.

In terms of the impact COVID-19 is having on media, particularly in authoritarian and kleptocratic countries, there has been a renewed closure of civil society space. In Egypt, there have been new laws to suppress movement and leading journalists have been arrested. In Myanmar, under the cloak of COVID-19/fake news, independent media has been effectively shut down. This is deeply worrying.

In terms of the health systems of kleptocratic countries, we’re seeing the impact of the abysmal provision of health services play out in real time. We are going to see questionable statistics in terms of the number of cases and numbers of deaths, and the “fake news” coming out from official sources, and to question that will present challenges to independent media. COVID-19 presents enormous challenges for independent media.

In terms of the impact COVID-19 is having on media, particularly in authoritarian and kleptocratic countries, there has been a renewed closure of civil society space.

Aten: Is it too soon to understand the impact of the pandemic on the transnational aspects of kleptocracy

Mathiason: In many respects, it is too soon. A common sense reaction to COVID, if you were a kleptocrat, would be to secure your bolt hole in London, New York, Switzerland, or the south of France, but the stories have not been written yet. It’s a case of “watch this space.”

This interview has been condensed and edited for clarity. The views and opinions expressed here do not necessarily reflect those of the National Endowment for Democracy.

A Big Question on “How Will the COVID-19 Pandemic Affect Transnational Kleptocracy?”

Grantee Spotlight: A Pioneer in...

View
Too Scared to Post: Freedom of Expression Under Ethiopia’s...View

The International Forum for Democratic Studies explores the "demand side" of...