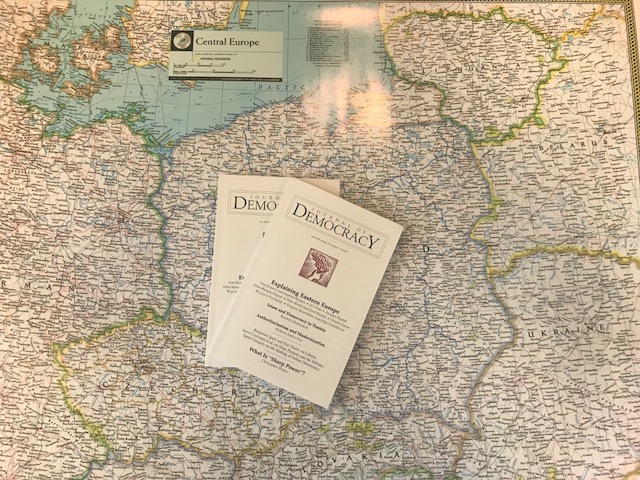 What are the causes of East Central Europe’s growing illiberalism, and can the region’s democratic backsliding be halted? How are states such as Russia and China using “sharp power” to manipulate politics in democracies? What does the rise of capitalist authoritarianism mean for the global prospects of democracy?

In the July 2018 issue of the Journal of Democracy, a cluster of eight articles on East Central Europe explores the swell of populist and illiberal currents across six countries, and analyzes the broader factors behind the dramatic political shifts of recent years:

What is “sharp power”?

In an era of globalization coupled with authoritarian resurgence, the institutions of a growing number of democracies are straining to comprehend and to deal with the projection of authoritarian influence through more diverse channels than ever before. In the July 2018 issue, Christopher Walker defines the pervasive threat of “sharp power,” a term coined by the NED’s International Forum for Democratic Studies to identify authoritarian influence efforts that seek to pierce, penetrate, and perforate the political and information environments of targeted countries.

For more than two decades now, the majority of the world’s poorest countries...

Carl Gershman reflects on the state of democracy in...

Freedom of Information as a Catalyst...