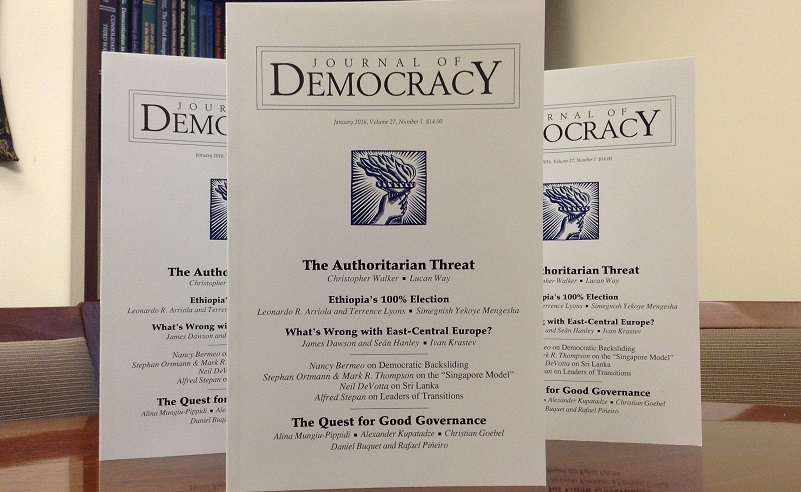 In “China and the ‘Singapore Model,'” Stephan Ortmann and Mark R. Thompson examine China’s desire to learn from Singapore “how to combine authoritarian rule with ‘good governance.'” The authors write that the “emerging superpower” has “few peers to which it can compare itself,” and views Singapore as the best possible model. But China may be drawing the wrong lessons from the city-state’s experience.

The Quest for Good Governance

What is the “key institutional change needed to bring societies to the point where they are capable of controlling corruption and achieving good governance”? According to Alina Mungiu-Pippidi in “Learning from Virtuous Circles,” the first of four essays on “The Quest for Good Governance,” it is the shift from particularism — “humanity’s default condition” — to ethical universalism.

In Ethiopia’s May 2015 parliamentary elections, the ruling party claimed a total victory, denying even a single seat to an opposition member or independent politician. Leonardo R. Arriola and Terrence Lyons see “The 100% Election” as a sign that authoritarianism in Ethiopia is hardening. The regime was able to achieve this astonishing result in part by muzzling its critics with the help of several broad and vague laws that enable the government to imprison journalists and close the space for civil society, as Simegnish Yekoye Mengesha explains in “Silencing Dissent.”

For the complete Table of Contents, please visit Journal of Democracy website.

Alina Mungiu-Pippidi is professor of...