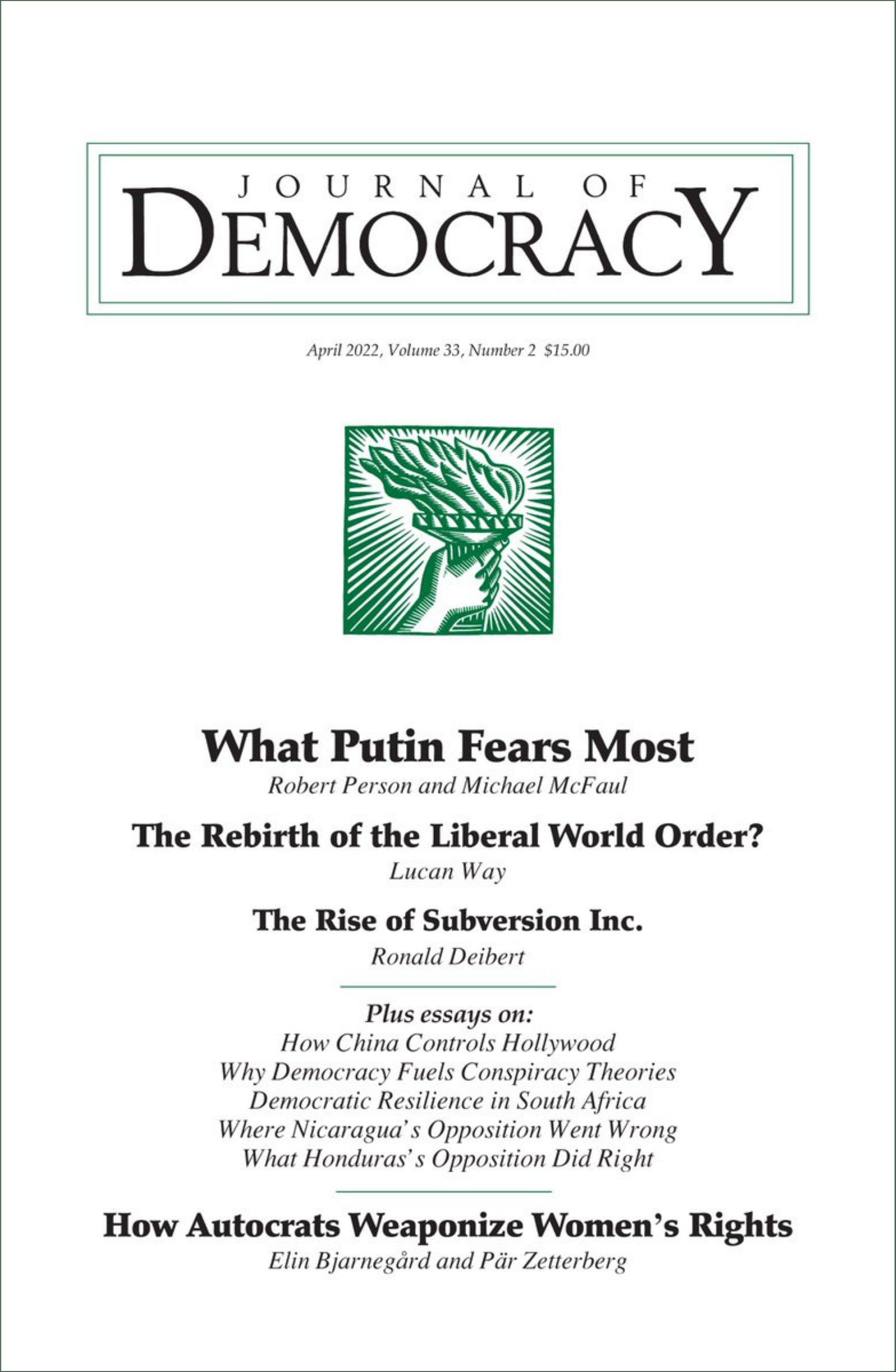 As Putin’s brutal war nears its third month, he still blames NATO for provoking the invasion. But what is his true fear? Whatever Putin’s endgame, the global response has been powerful. Will Russia’s unjustified war on Ukraine rejuvenate the liberal world order?

Plus: How international surveillance startups are using high-tech tools to threaten freedom and democracy; and why autocrats are supporting women’s rights to improve their bad reputations.

Read the Journal of Democracy’s just-released April issue, available for free on Project MUSE through May 15.

For more on the war in Ukraine, visit the JoD Online:

The International Forum for Democratic Studies assesses the tactics used by...

This edition of the Forum's quarterly...

The Big Question: How Can Global...

The International Forum for Democratic Studies at The National Endowment for...