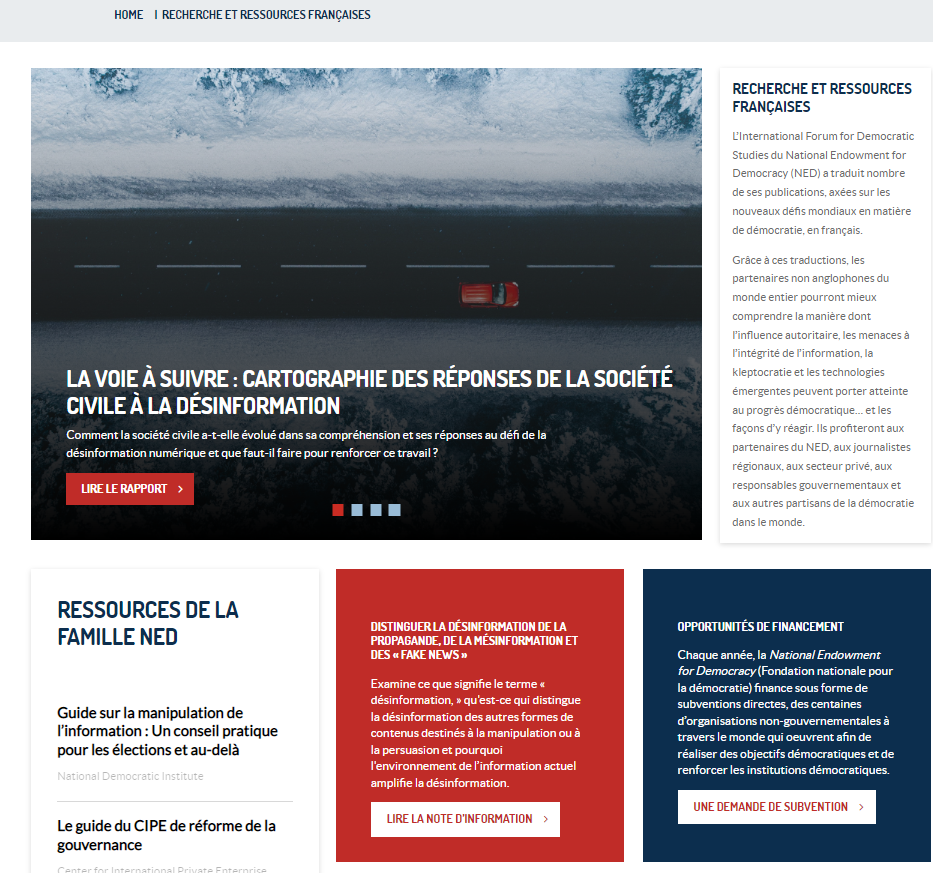 The International Forum for Democratic Studies at the National Endowment for Democracy (NED) has translated many of its publications about emerging global challenges to democracy into Arabic, Chinese, French, Portuguese, Russian, and Spanish.

With these translations, non-English speaking partners across the globe can better understand how authoritarian influence, information integrity threats, transnational kleptocracy, and emerging technologies can blunt democratic progress. In addition to NED’s civil society partners, these publications will benefit regional journalists in non-English media outlets, members of the private sector, government officials in non-English settings, and other supporters of democracy worldwide.

On webpages devoted to four of these languages, you’ll find newly translated Forum publications; translated materials from NED’s partners such as the National Democratic Institute, the International Republican Institute, and the Center for International Private Enterprise; and links to foreign language research on transnational authoritarian influence by powerful regimes in virtually every corner of the world (housed in the Sharp Power Research Portal).

View our webpages in:

Please share these webpages with your network and colleagues, share our social media, and—if you work in these foreign languages—enjoy these great research products!

The Big Question: How Will the...

Four leading experts share their views on how the COVID-19 pandemic will affect...

The April 2017 issue features a series of articles...

Reputation Laundering in the University...